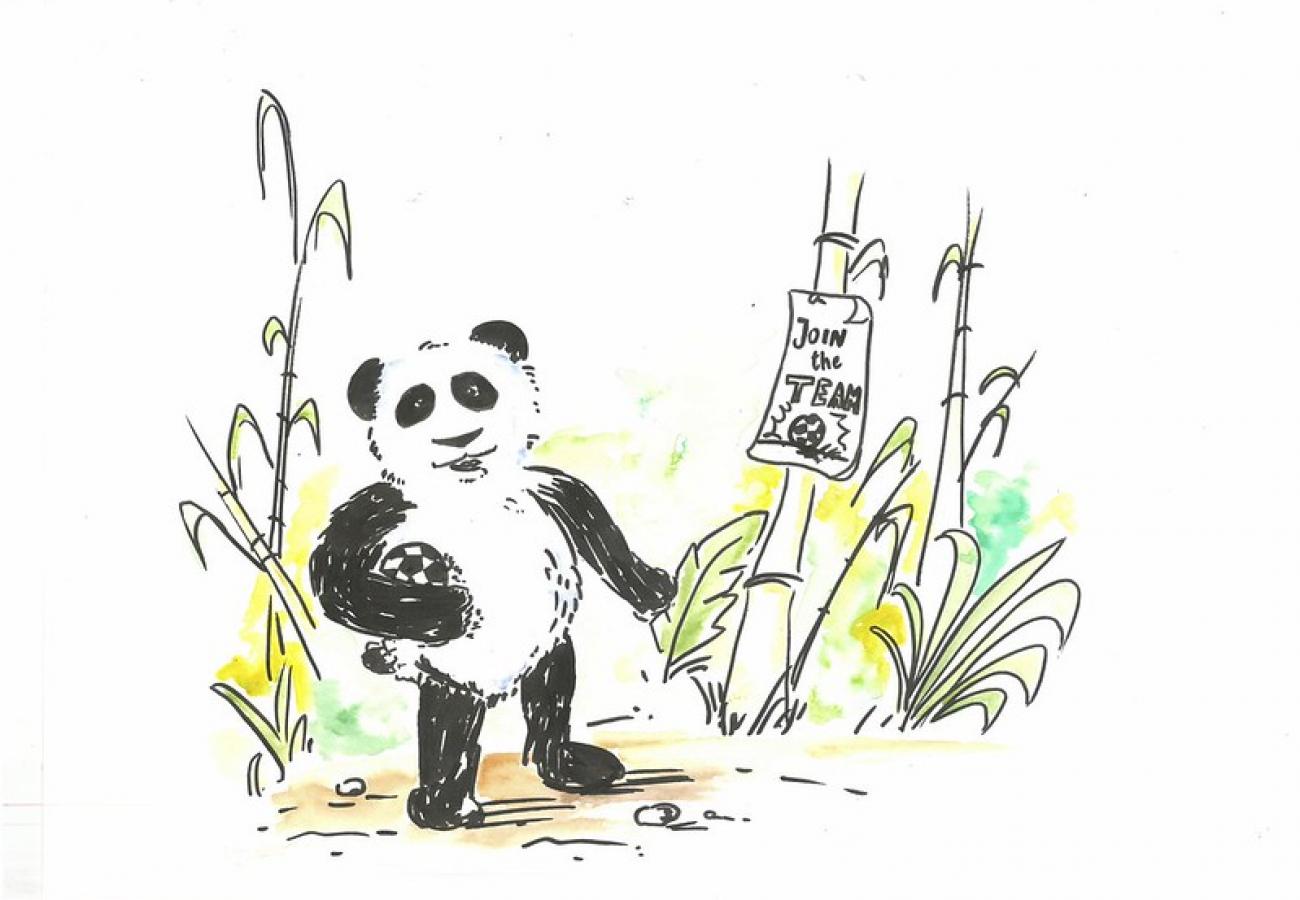 Once there was a panda called Bob. He lived in a bamboo forest. Every day Bob played football with his best friend, Nicky Noo the donkey. Bob loved to play, but he wasn’t very good.

One day, Bob kicked the ball into a bush, and he saw a poster on a lamp post.

Zookers FC was a really good team. They had won the league three times in a row. Bob was phenomonally excited, but nervous.

Bob decided not to tell Nicky Noo about the trials which were three days away. He knew that Nicky Noo was a better footballer than he was.

The next day, Nicky Noo knocked for Bob. Bob’s mother told him, “Bob’s not here. I thought he was with you.” 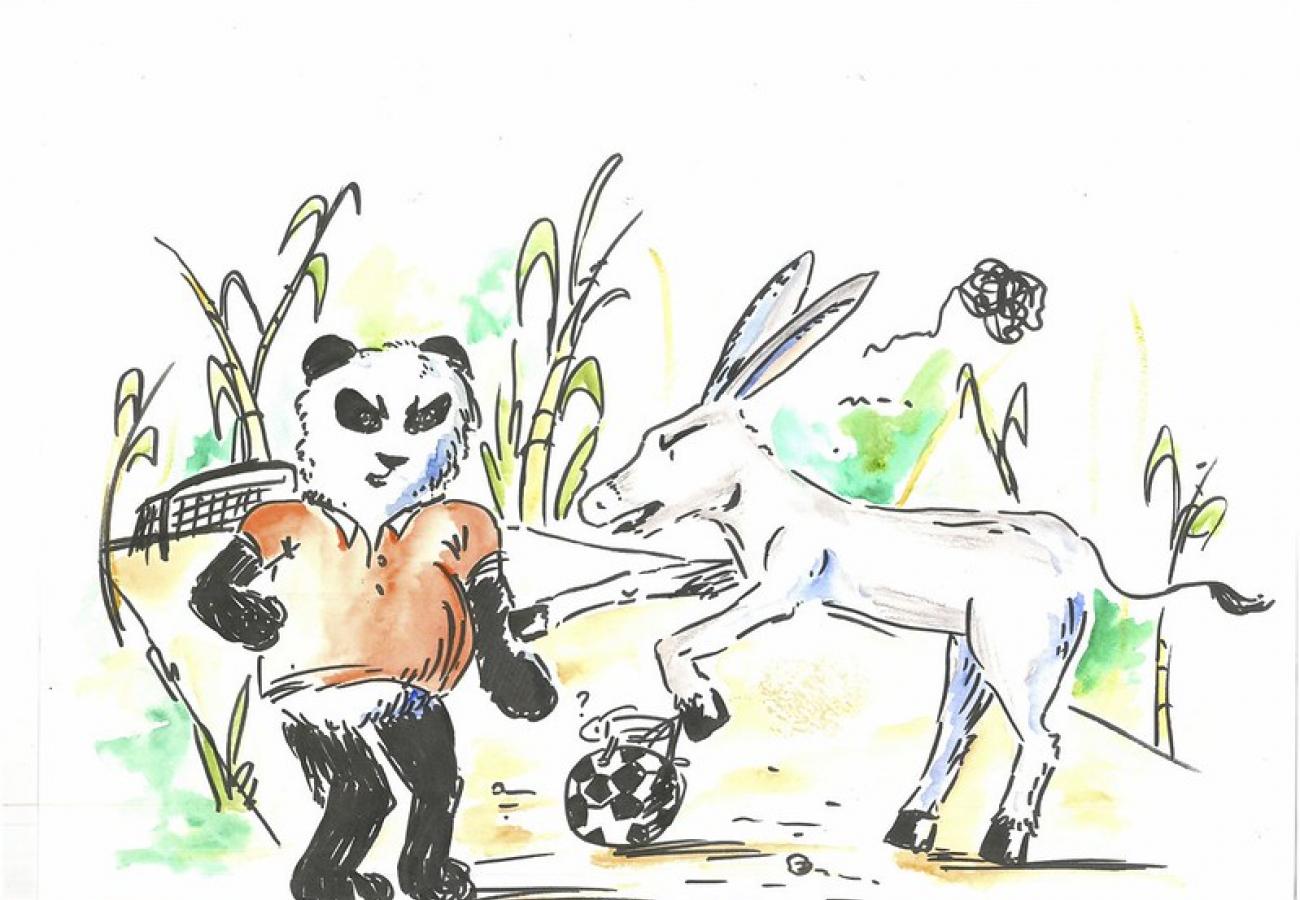 Bob’s mother said, “Oh, but he’s practicing for the Zookers FC try outs. Are you going to try out?”

“What try outs,” said Nicky Noo. “Bob never told me about any trials, but I did see something in his back pocket yesterday.”

Nicky Noo found Bob in the park playing football with Grice the grasshopper.

Nicky Noo went over to Bob. “You never told me about the try outs,” he said, furiously.

“Why should I tell you,” said Bob. “You always get everything.”

He went to find another friend to practice with...