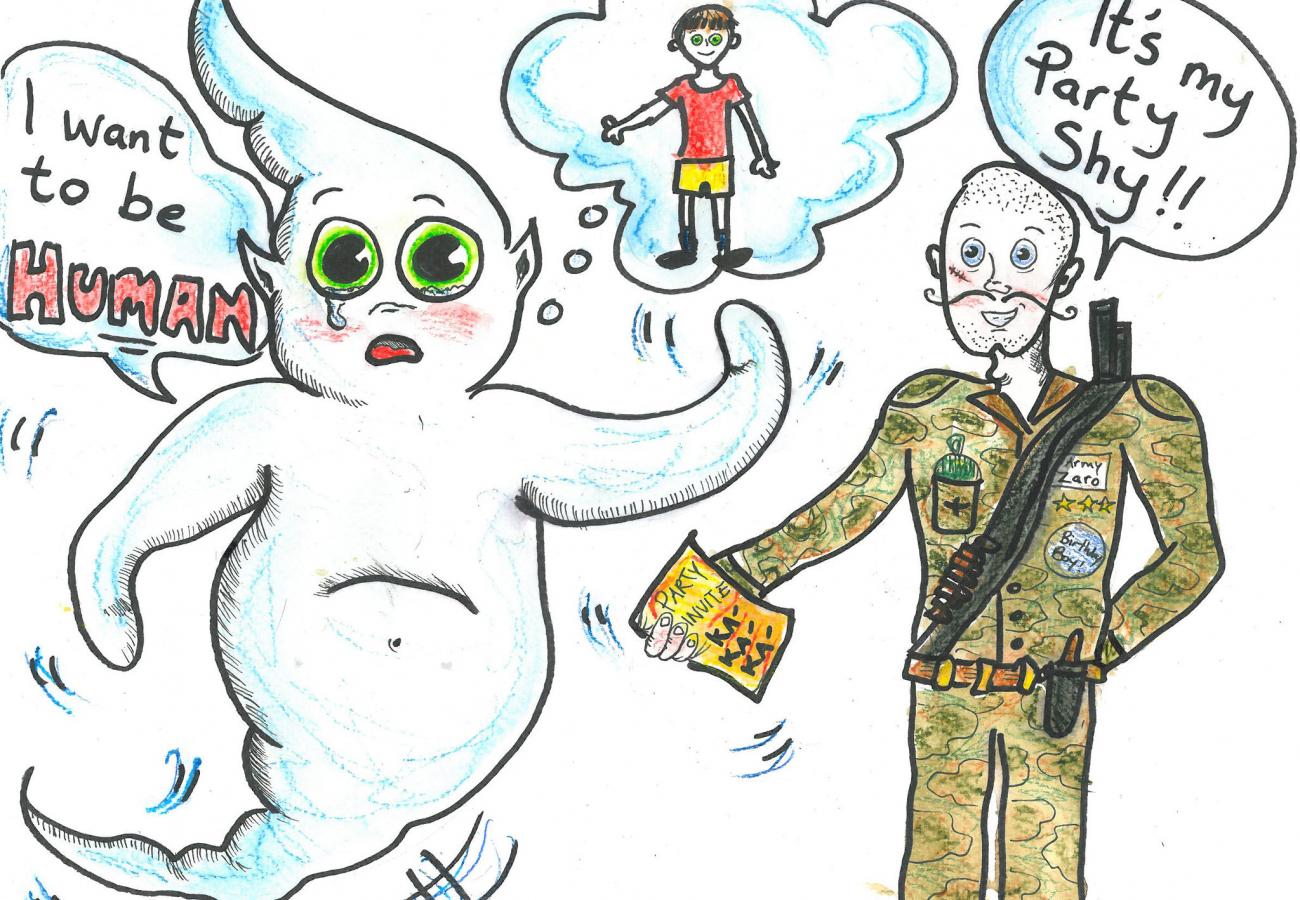 Once upon a time, there was a ghost called Shy.

He had a best friend called Zaro, who was a soldier.

Zaro invited Shy to his birthday party, which was at twelve o’clock that day. Zaro gave Shy an invitation that said “Kakakaka!”

Shy knew that meant he was invited to his birthday. 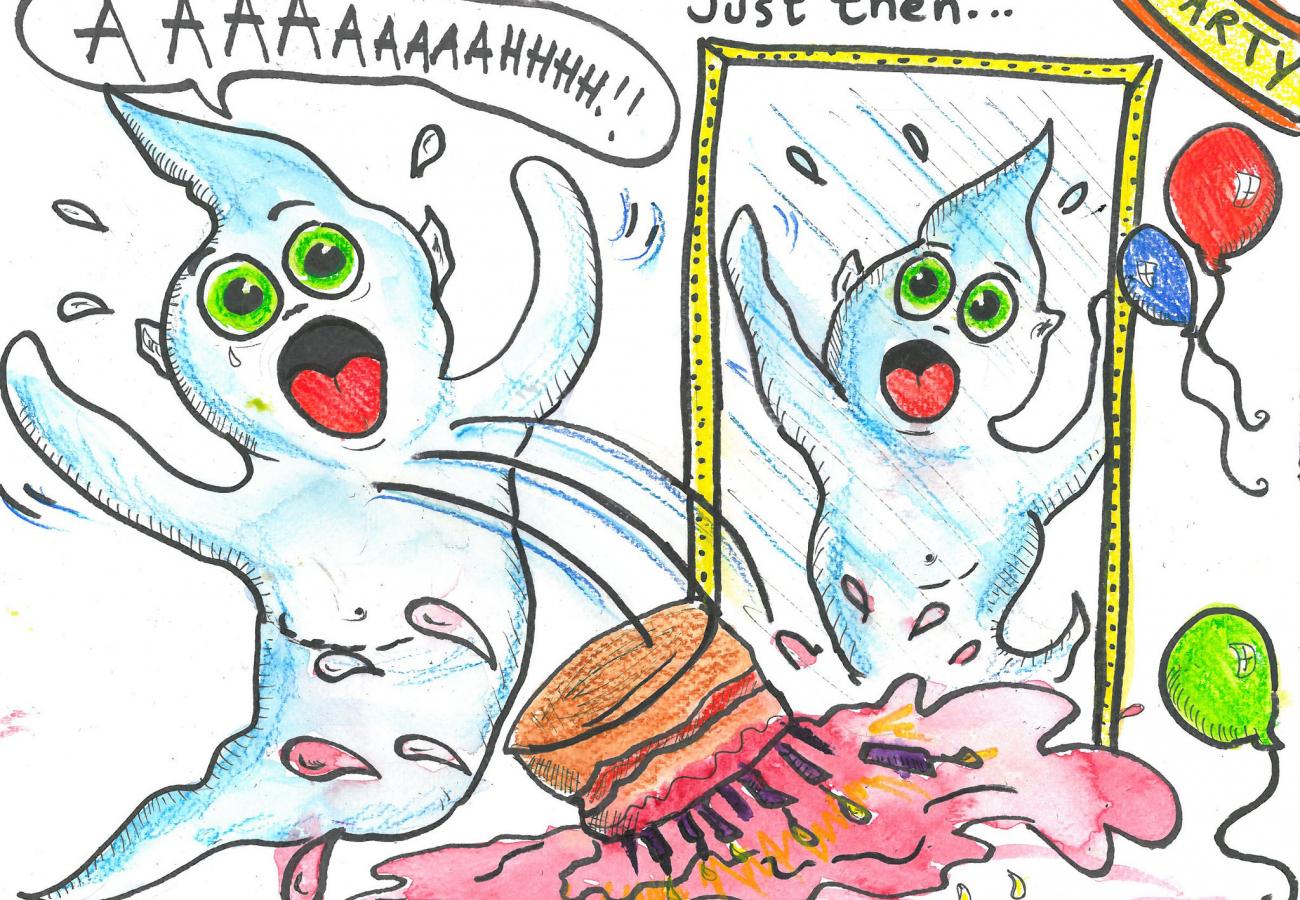 When it was close to noon, Shy started flying over to his friend’s house.

As he was flying, he saw his reflection in someone’s car window.

Shy was terrified of his own reflection. He zoomed to his friend’s house as quickly as he could!

Shy had been carrying Zaro’s birthday cake, but when his reflection frightened him, he dropped the cake and it splattered everywhere...