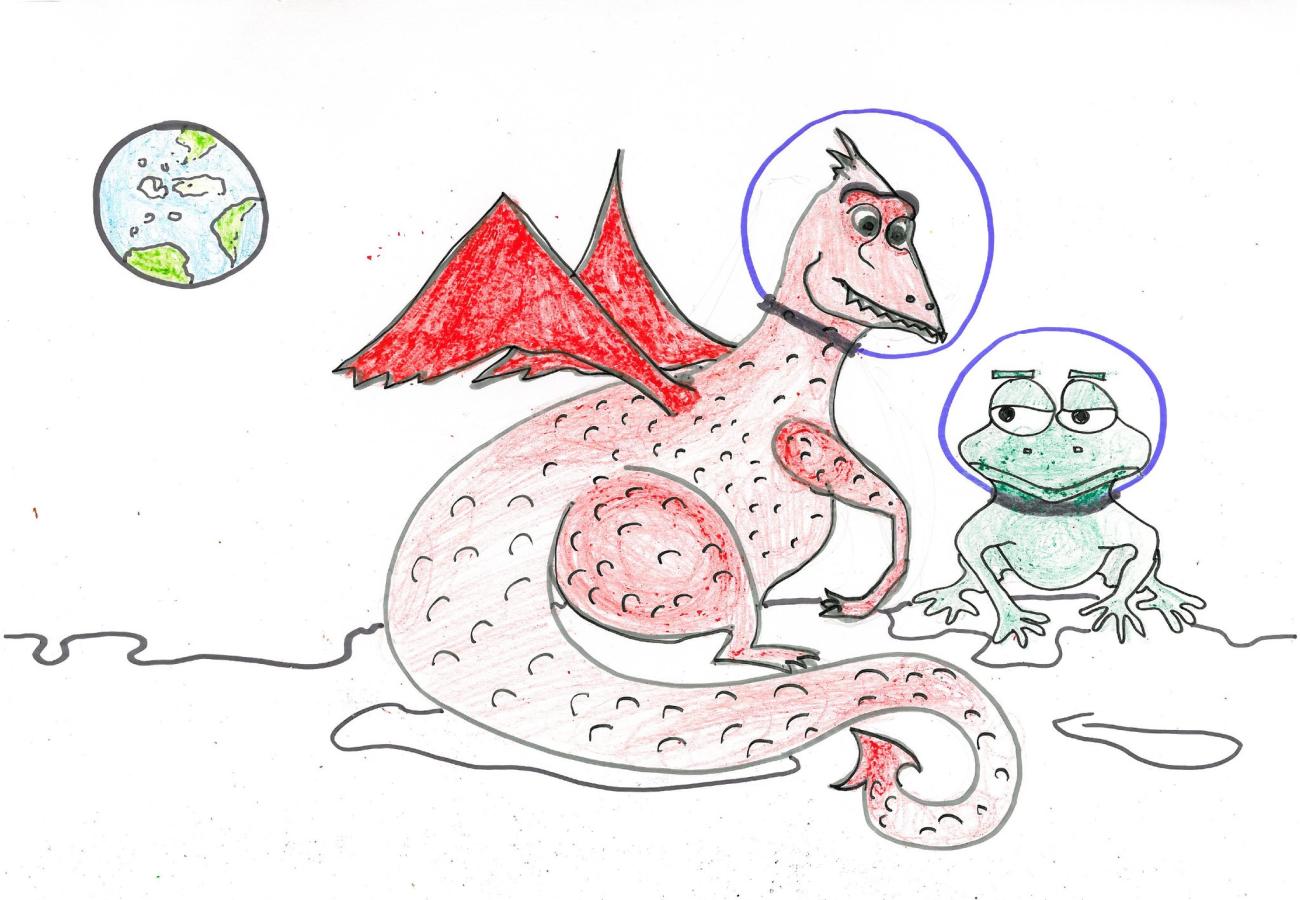 Central Model Senior School, 2nd Class, 24/02/10
Once upon a time there was a dragon who was called Zack.  He wasn’t afraid of anything except giant robots.

Zack was hanging out with his friend Jack the frog.

Polly the Princess was out playing but her ball fell in the lake.  She saw her dad and her dad fell in the water too!

Zack the Dragon got the ball and the princess’ father out of the lake.

Jack the Frog said to Zack the Dragon: “Take me to the moon.”

Zack the Dragon flew into space.  They had to wear special masks to help them breathe.

Zack the Dragon breathed a fire ball at Princess Polly.  Her Dad smacked the dragon “PTCH.” 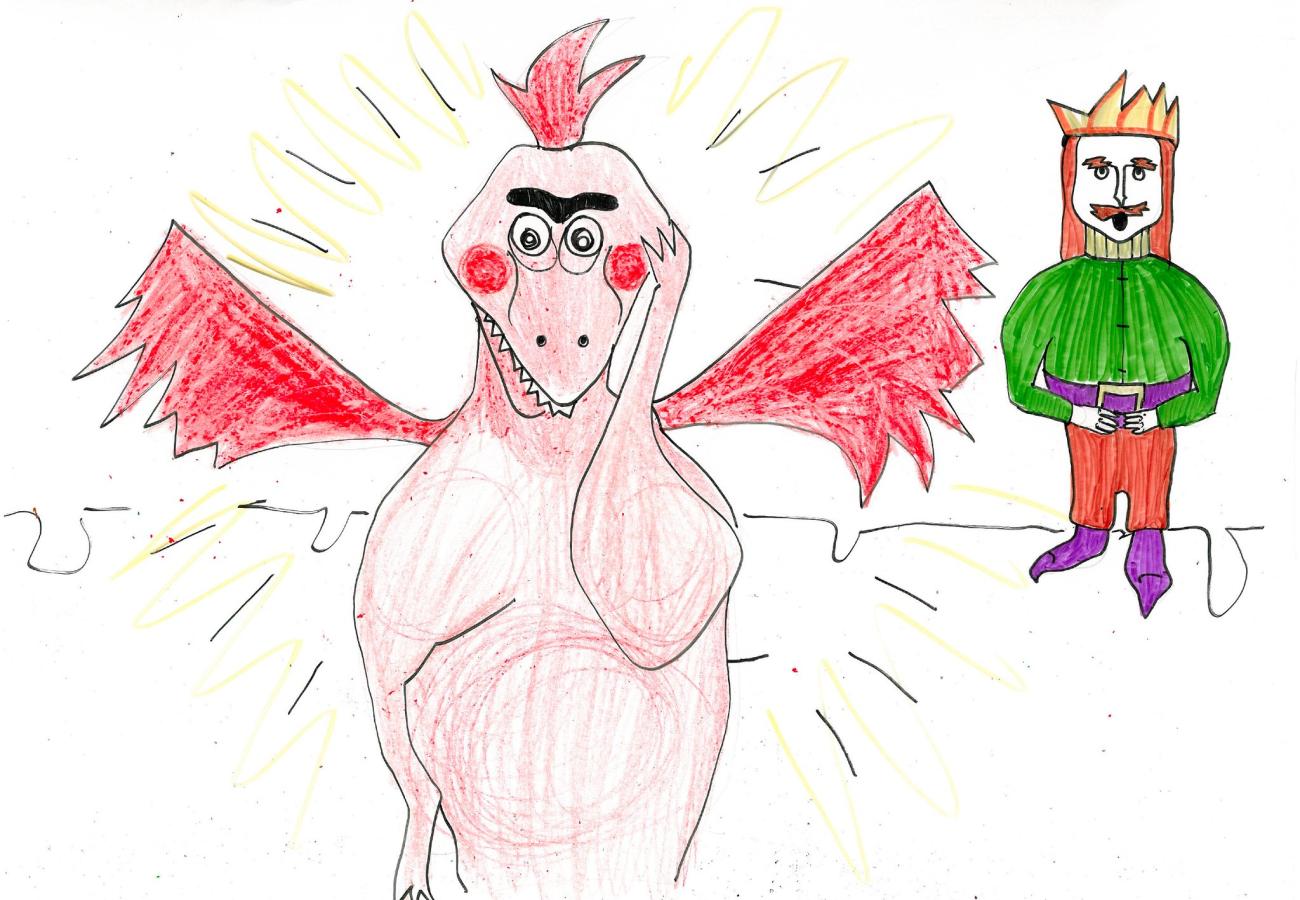 When the dad smacked the dragon, his mask came off.  So did Jack’s.

Jack was able to dive into the water and breathe. Zack fell and started breathing fire.

Zack said, “no because you slapped me.”

He thought that it was Jack who had slapped him.

Jack said, “let’s go get the Princess and leave the dad behind for ever or until we change our minds.”

At Zack’s house there was a big giant robot destroying his house.

After a moment Zack said, “the fireballs are only making it worse so I should stop crying.”

The big giant robot destroyed Zack’s house. The robot tried to find the owner of the house who was Zack and tried to destroy him…