Meet the people who are behind the writing workshops, outreach programmes and operations at Fighting Words.
We work in partnership with schools, libraries, theatres, cultural organisations to provide opportunities for children, young people & adults with additional needs with “the write to right.” 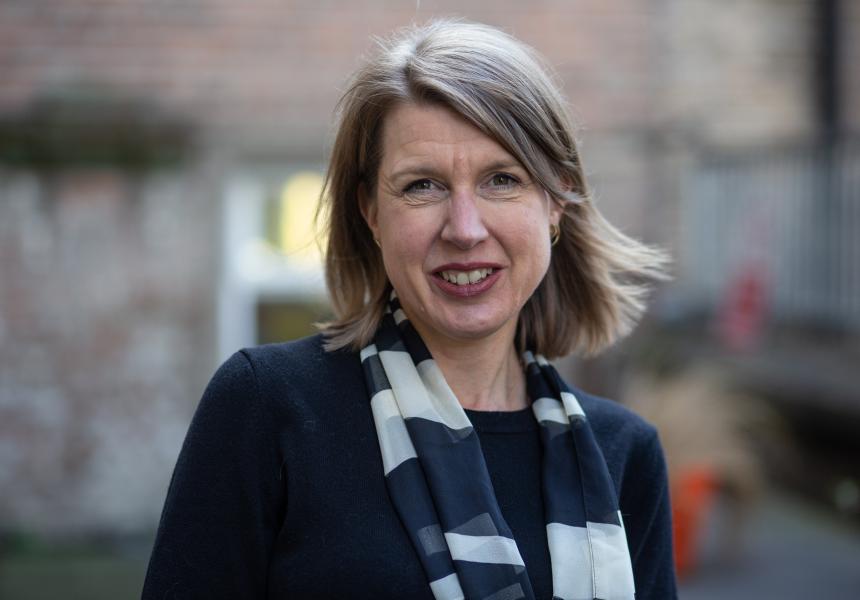 Sara has over 20 years’ experience in volunteer management, operations and human resources in the nonprofit sector in Ireland. Originally from Connecticut in the United States, Sara joined Fighting Words in 2009. She oversees the volunteer programme, communications and provides operational support to all Fighting Words locations.

Sara holds a BA in history from Wheaton College in Massachusetts, an M.Phil in Medieval History from Trinity College Dublin and has CIPD qualifications in human resources management from the National College of Ireland. Sara loves travelling to the places she’s read about in history books, swimming in the sea, reading, writing and working with young writers. Sara is committed to providing the best and most inclusive experience possible for all Fighting Words volunteers.

Her favourite word is firecracker. 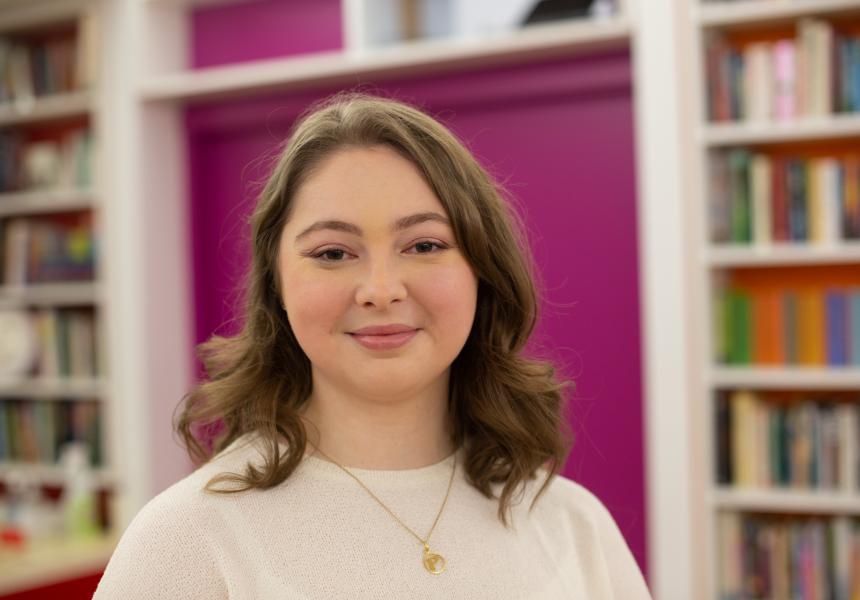 Pierina started working with young people when she interned for Fighting Words Wicklow in 2018, only to continue as a volunteer mentor straight after! She was delighted to join the staff as Project Coordinator in 2020.

Graduating from Maynooth University with a BA in English and Sociology, she continued to complete her MA in Children's and Young Adult Literature in Dublin City University. Pierina is a strong believer in the power of imaginations as she loves to journey through many fictional worlds via books and the wonderful stories created at Fighting Words. She is dedicated to giving everyone the opportunity to have their voices heard, especially young people.

Her favourite word is blurb -  try saying it fast at least ten times! 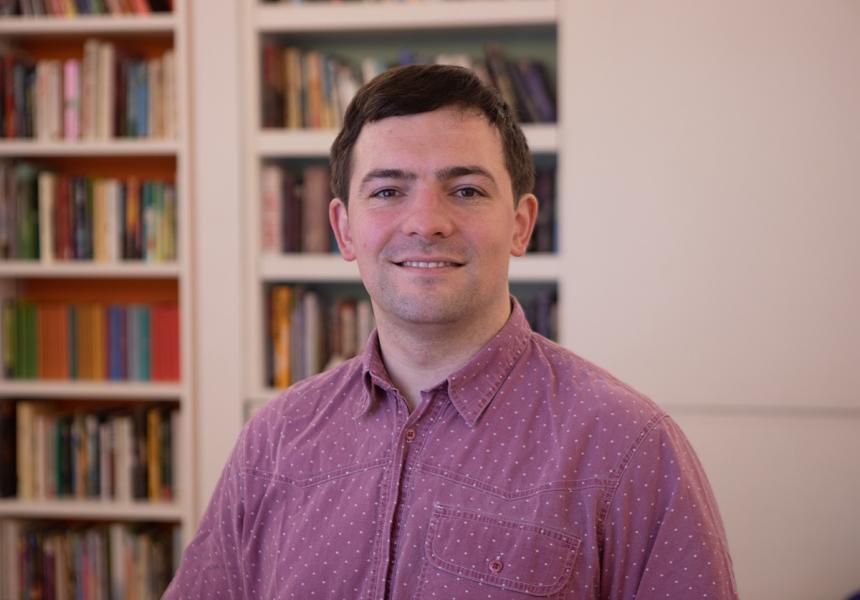 Mark has worked with children and young people both professionally and as a volunteer for over ten years. He has been involved with Fighting Words since 2014, having always been drawn towards anything related to words and creativity and he hasn’t looked back since.

Mark graduated from Trinity College Dublin with a degree in French and Philosophy and then completed a master’s degree in Cognitive Science to find out where imagination comes from. He still doesn’t know the answer to that question but is having a whale of time searching. When he isn’t reading, scribbling in a notebook or working with groups of writers you’ll find Mark outside, either in the woods or in the sea. 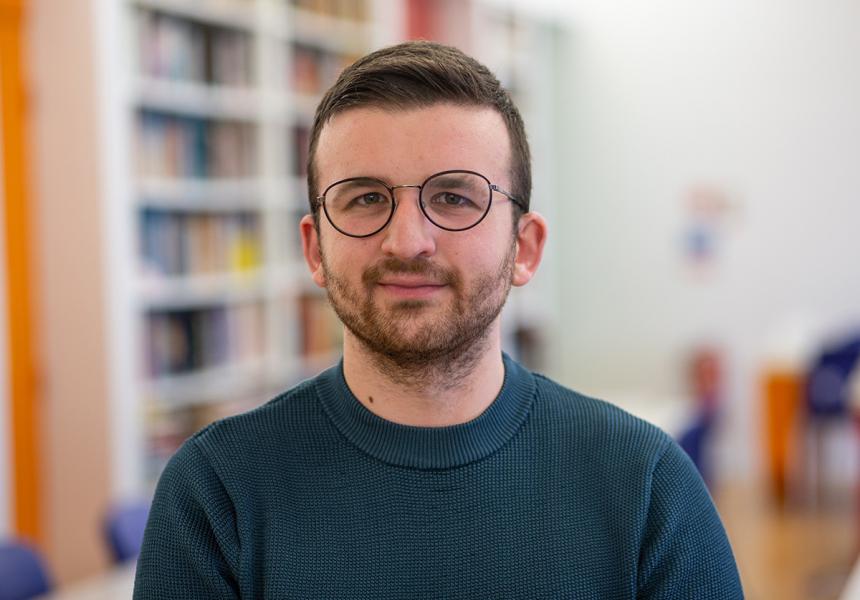 Sean Farrelly has been involved in Fighting Words since 2018. He has also had four plays produced and three short stories published. Sean is involved in both Freshly Ground Theatre Company, as a dramaturg and workshop facilitator, and the International Congress of Youth Voices, speaking at youth activist events around the world. He has an aggressively fluffy dog called Penny and a penchant for collecting more books than he'll ever read.

His favourite word (today!) is wonderstruck. 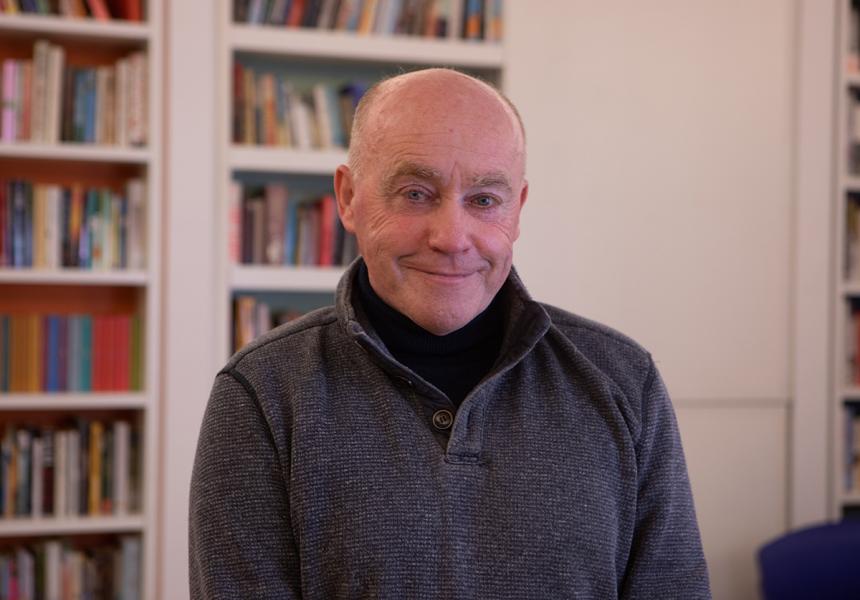 Seán Love is Executive Director of Fighting Words, which he co-founded in 2009 with author Roddy Doyle.

Prior to his establishment of Fighting Words, Sean was Executive Director of Amnesty International, Ireland from 2001 to 2008. He holds a BA in History and MA in Information Studies. 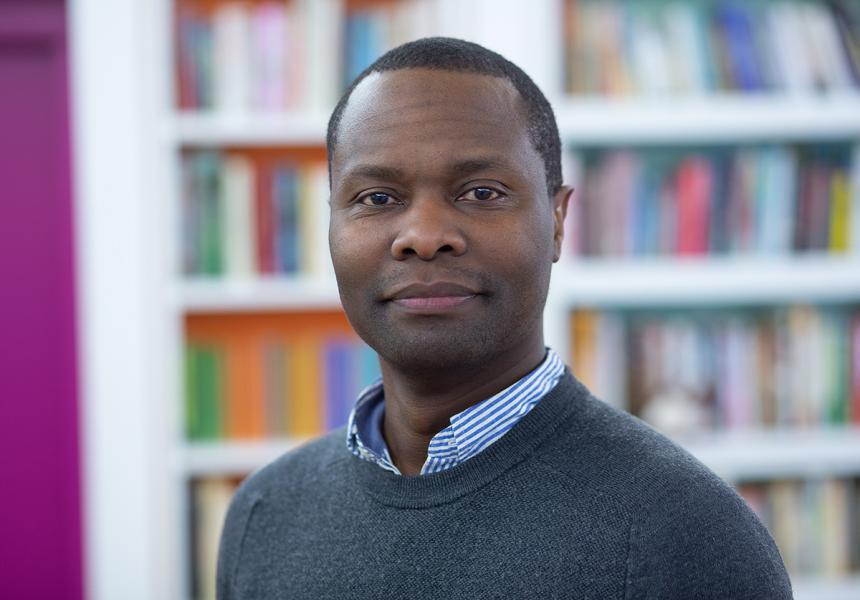 Emmy is an information systems administrator with 17 years experience of both volunteering and working in the nonprofit sector in Ireland, first for Amnesty International Ireland and at Fighting Words since 2010. Emmy holds a Bachelor of Science (B.Sc.) Information Systems from Trinity College Dublin. He joined Fighting Words in October 2010 and is responsible for all IT systems management, security, and administration.

Emmy loves every sport there is but especially football. 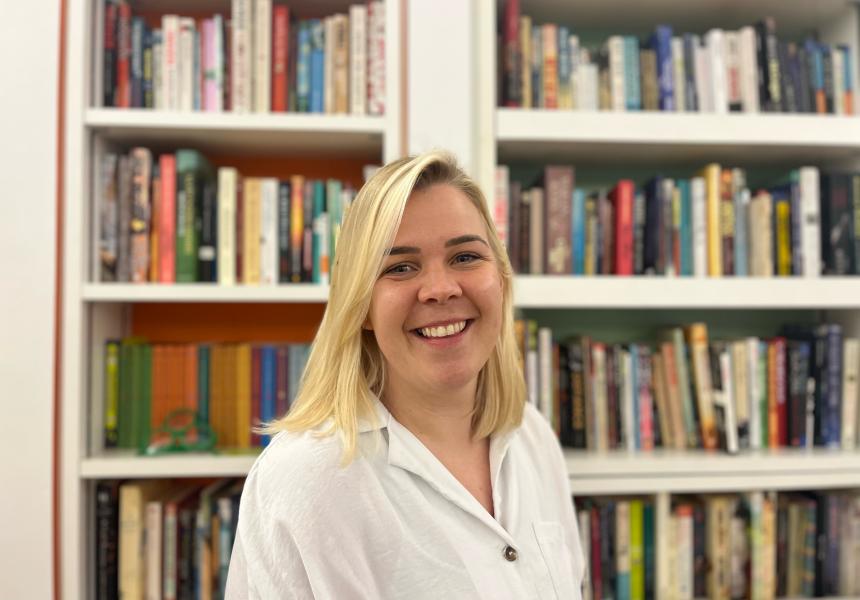 Louise is a drama facilitator and playwright. Her work in Fighting Words began as an intern many moons ago and in September of 2022 she took up the position of Project Administrator. Louise is also a playwriting mentor in Fighting Words Young Playwrights Programme,  with the Abbey Theatre.

Louise holds a BA in Drama (Performance) from DIT and an M.Phil in Theatre and Performance from Trinity College. In 2015 she trained as a drama facilitator with NAYD through ArtsTrain and has been a freelance facilitator since then. She has facilitated workshops in DYT, ITW, on the Tenderfoot Theatre programme and in a range of primary and secondary schools.

Her favourite word is onomatopoeia. Which sounds fancy, but it’s fun. It’s a word that sounds like the noise it describes. Like oink, boing, pop, cackle! 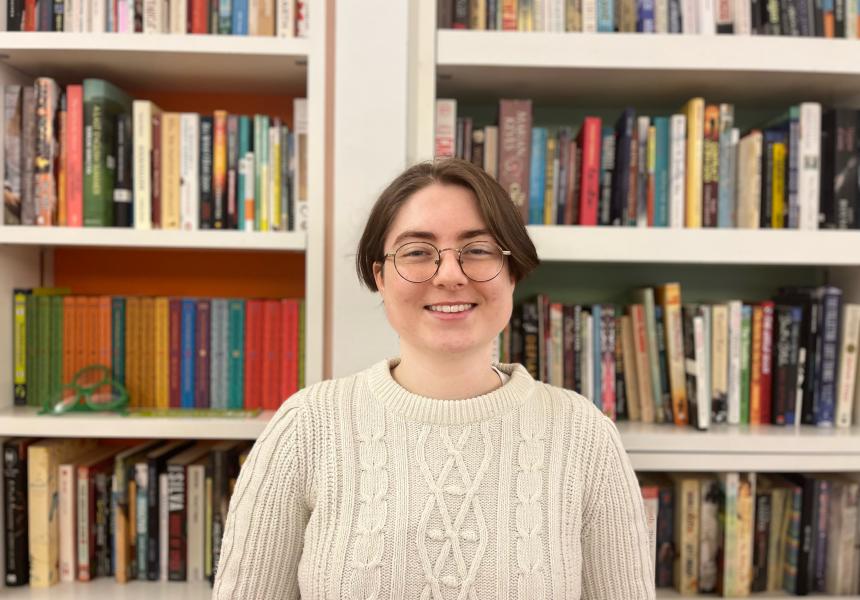 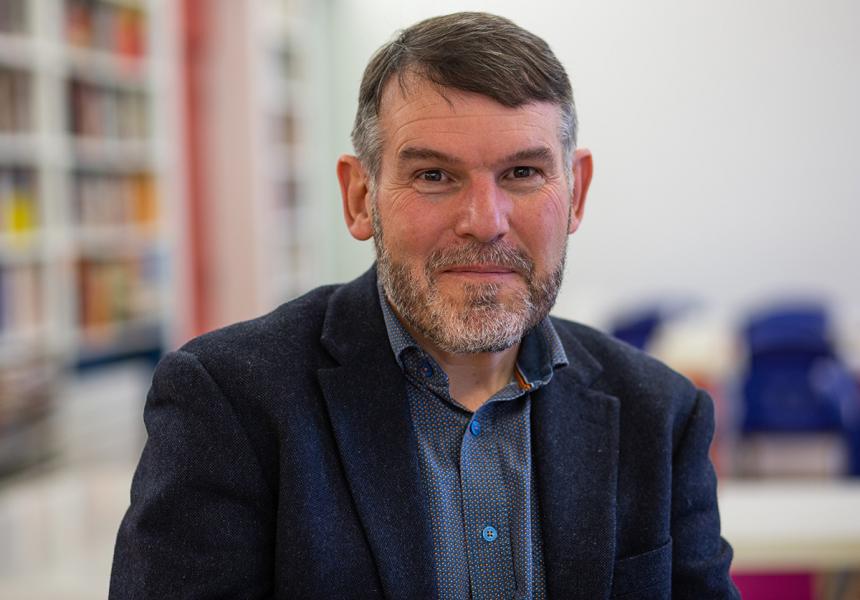 Colm joined Fighting Words in 2020 and is based at the Institute of Education in Dublin City University. Colm was a primary school teacher in Gaelscoil na Cille and principal at Gaelscoil Aonach Urmhumhan and Gaelscoil an Ghoirt Álainn Educate Together in Cork.

Colm can sometimes be spotted on a small old sailing dinghy in his native Co Cork - something you would know if you ever heard him speak as Gaeilge nó as Béarla! 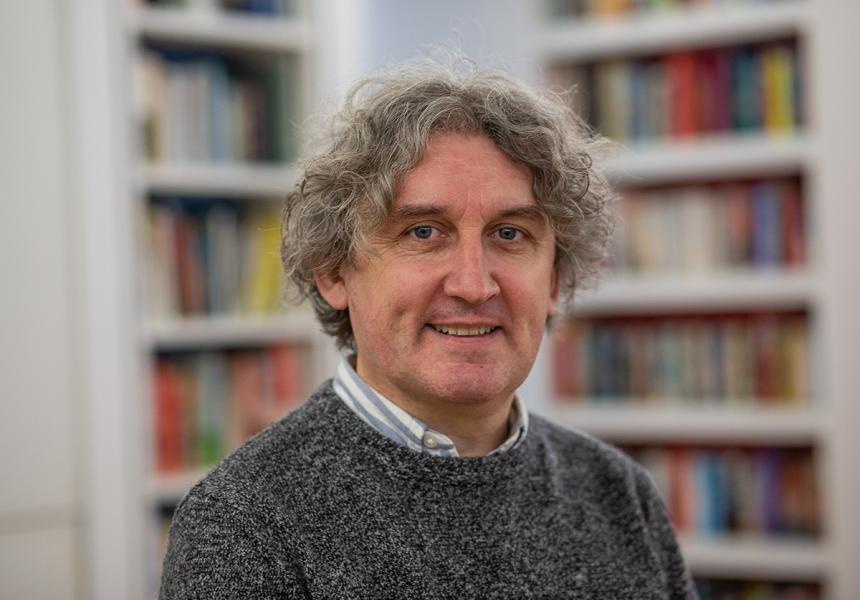 Colm has worked in the arts as a musician, teacher and facilitator since 1995. Colm studied at the Drake Music Project, learning how to facilitate music workshops for children with disabilities and additional needs.

In 2011 Colm was appointed Head of Songwriting at BIMM Institute while studying for a Postgraduate Certificate in Music Education at Middlesex University. Colm went on to study Technology Enhanced Learning Teaching and Assessment at TU Dublin.

Colm started volunteering with Fighting Words in 2010 before joining as Development and Outreach Officer in 2018. Colm is committed to ensuring that Fighting Words programmes are accessible to as many people as possible. Colm is a nerd when it comes to music and likes to be involved with all musical developments at Fighting Words.

His favourite word is bamboozled. 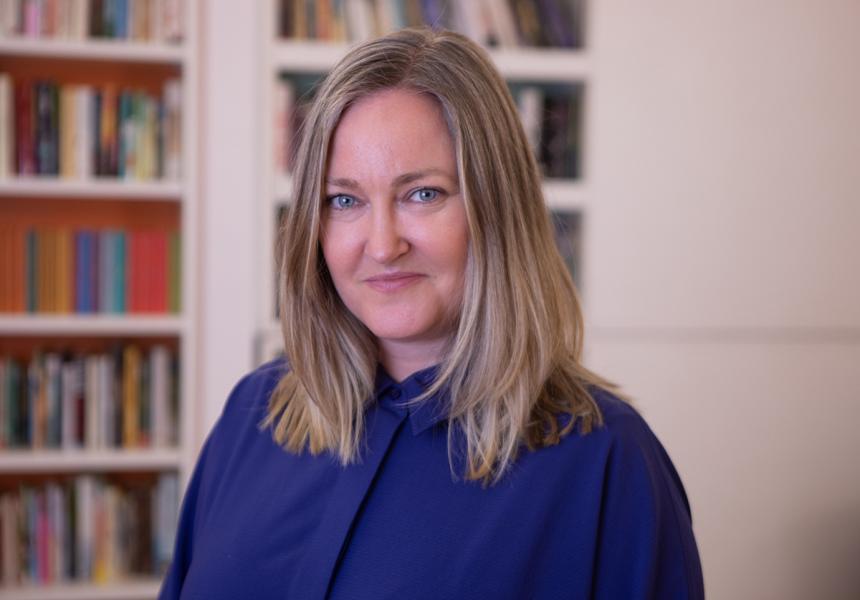