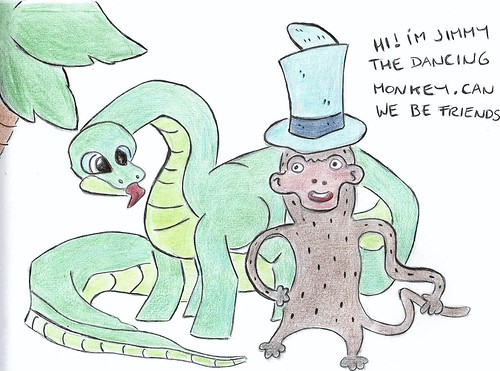 Zero the Shape-shifting Snake lived alone in the forest. He was lonely until he met Jimmy the Dancing Monkey and they became best friends.

A man came to the forest to try to capture all the animals.

The man had been starving for 2 weeks and he found a kid with a small pet dog called Cookie and he thought about eating the dog.

Zero came along and saved the dog by giving the man a poisonous bite. Zero had a flashback to when he lived on a different planet and was attacked.

He remembered being saved by someone but Zero couldn’t remember the rest of what had happened.

After being bitten, the man called the Pet Police and they came to look for Zero.

As he was running away Zero fell into a hole, where he found an escape pod.

He looked inside it, then pressed a button which started the engine but it was a bit broken.

While he was doing this he remembered that this was the pod he’d come to Earth in. 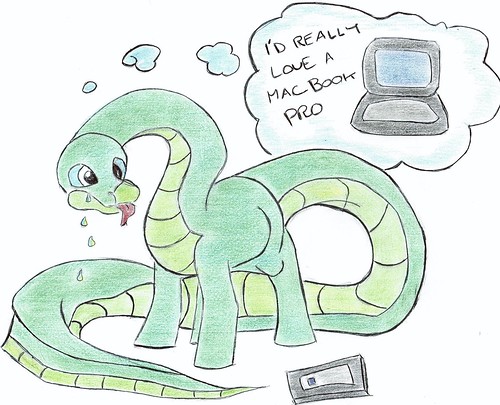 He also realised that there was another shape-shifting snake here on this planet who was an engineer.

2 weeks later it was Zero’s birthday. He got a present but was upset because it was an Android. He ran off crying but tripped over another present.

He opened it and it was a Macbook. He looked at the Macbook and found a photo of Space.

He became fixated about one particular planet and with Jimmy the Dancing Monkey did loads of research on the planet.

What they didn’t know was that the Android was actually spying on them.

Zero and Jimmy went to the first destination but what they didn’t know was that it was really the lair of the people chasing them...