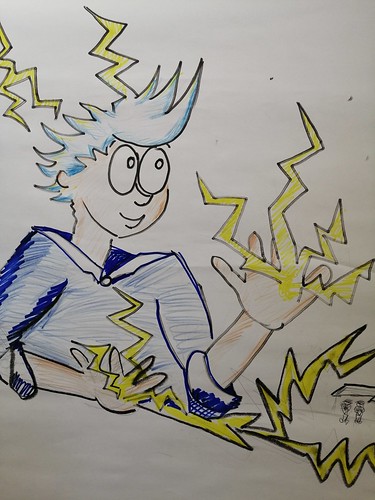 One day Zaper was taking the electricity power and a person walked by and put some in him.

He saw the devil fighter walking down the street and said that his TV has run out of electricity.

The town had no electricity because Zaper liked it so much.

Zaper shocks them with his electricity and they die.

Then God came down and tried to stop Zaper and he transformed them back. 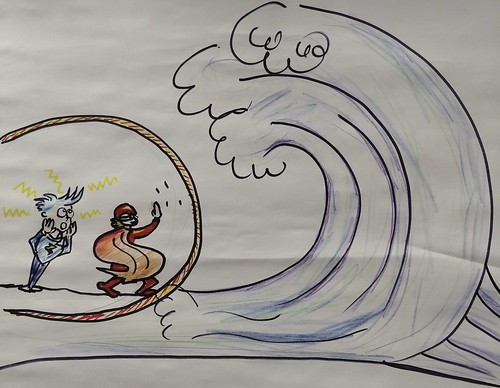 Then he pushed Zaper into the mushroom world and he put the town's people back into the town.

Then the tsunami came and Lava man made a shield around Zaper.

Zaper’s legs got glued together so he had to hop around everywhere.

He fell on his face and he flew back to the city. There was another tsunami.

Then giant banana comes and knocks him back to the mushroom world.

Then another tsunami came...