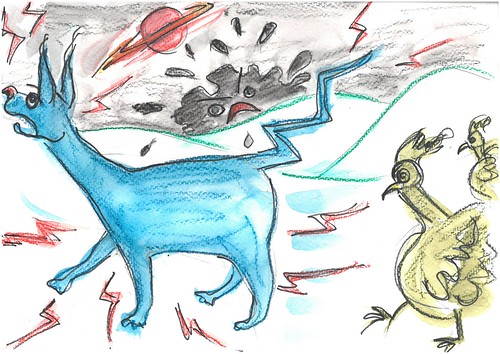 Some dog named Zack got struck by lightning. Zap the Cat struck him with the lightning gun.

Then he turned into a lightning dog and his biggest dream was to get a sidekick.

But along the way he met a chicken.

The chicken said “I just escaped from being encaged and I nearly got turned into a chicken ball.

Zack said “Okay but get away. I’m afraid of chickens.” 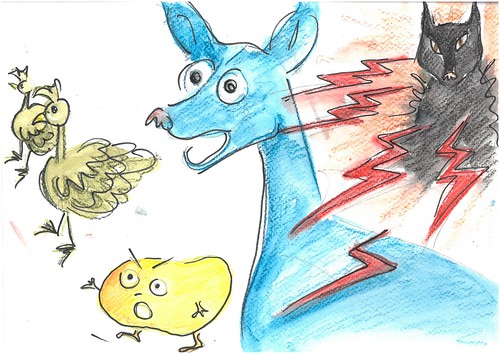 Then the dog stopped and tried to eat the chicken.

Then a drippy ink monster named Sketch took the chicken and threw him to Saturn.

After Zack was dancing because the chicken went to Saturn then the chicken came back and pecked Zack’s leg and broke it. 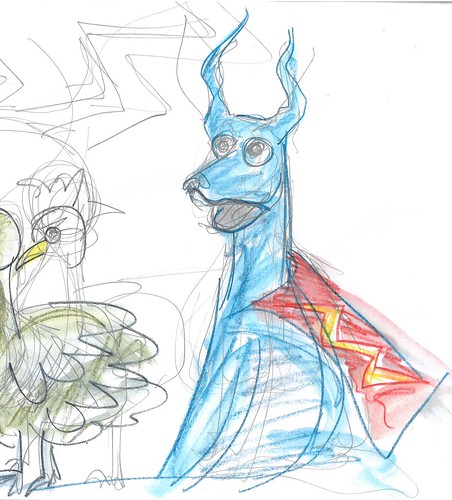 But from the power of his lightning, he healed his leg.

Then some people came and cut the chicken and put him into the Chinese food.

Then his friend came to help him…