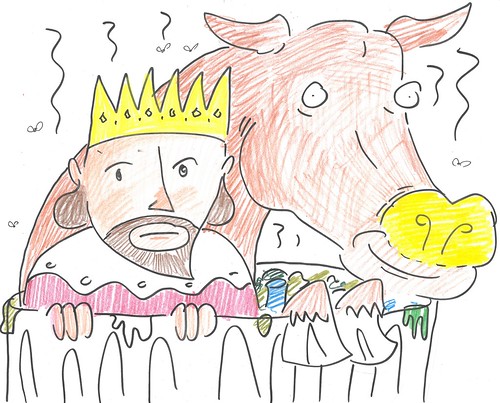 King Thomas lived in a jungle near Austin Texas...or at least he thought so.

King Thomas lived in a bin with his best friend Rudolph the yellow-nosed horse. King Thomas was a poor king.

King Thomas was at war with several of his neighbours like France, Germany, Russia, and Ireland. He was feeling depressed.

King Thomas replied, “I don’t mind living in a bin. I’m more worried about being over-thrown.”

King Thomas was afraid of being overthrown because he was poor.

He wanted to hold onto his titles. 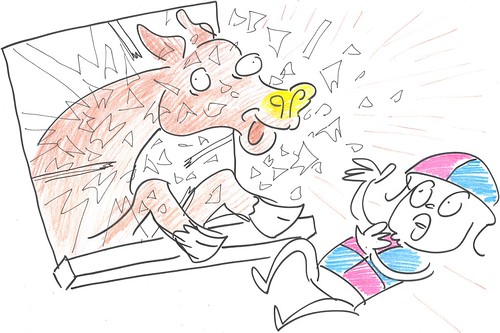 Rudolph decided they needed a new house. He found out the best jockey in Texas need a new horse.

Rudolph travelled into Austin and asked around town.

A horse called Conor told Rudolph, “You will find him around the corner.”

Rudolph crashed into the jockey’s house and broke the window.

“What’s going on here?” shouted the Jason the jockey. 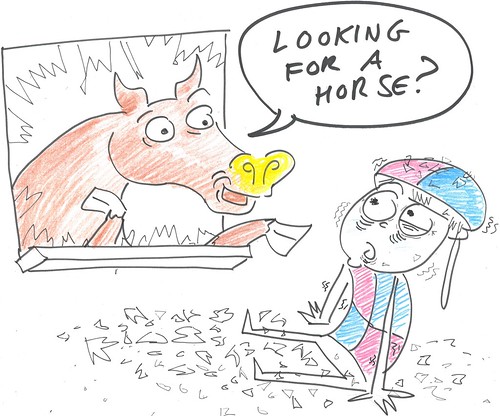 “Sorry, I did not mean to break the window,” said Rudolph. “When I get some money I’ll pay for it.”

Jason the jockey asked, “Where are you going to get the money?”

“I heard you were looking for a horse,” replied Rudolph.

Jason inspected Rudolph to see if he was fit enough to be his racehorse...