Woolly and the Brownie Ice Cream 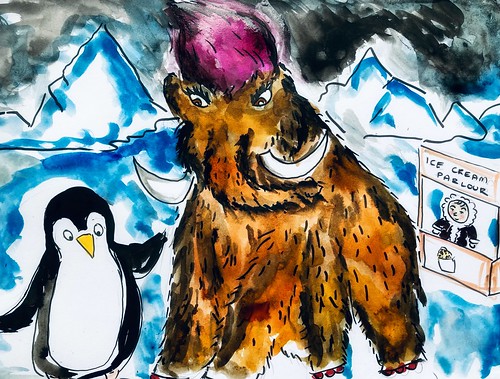 One day there was a mammoth named Woolly taking a short drink at the river. She was thinking about how to get some brownie ice-cream.

Suddenly, it turned nighttime and she was afraid. She was with her best friend, Flipper the Penguin.

“We’ll wait for tomorrow and then we’ll go buy some brownie ice cream,” said Flipper. Flipper was scared to get ice cream because it was near the humans.

When they were walking home, they saw a scary dog.

“Okay,” Woolly trembled. “I don’t think I like it here anymore.”

They were so afraid of the scary dog that they moved away from it very slowly. 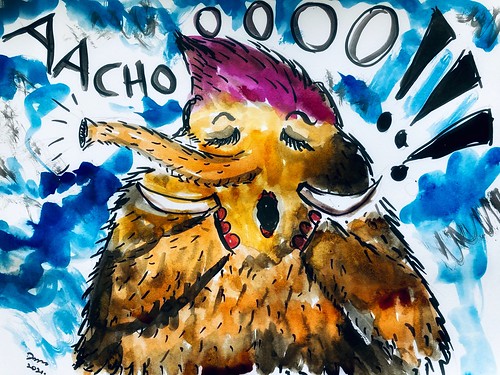 The dog started to growl and Wooly sneezed. Woolly was allergic to dogs.

They ran home screaming. Because Woolly was so allergic to dogs he became really sick.

They were wondering where the dog came from.

“I think it followed us from the river,” said Woolly.