When Stuff Goes A Bit Too Far 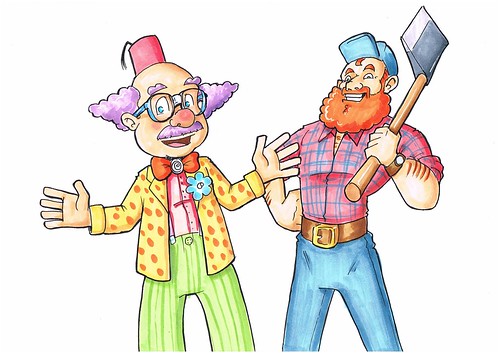 Franklyn the Funny Man was walking down the street heading for Sweetland Circus in San Francisco.

He collected his car from the garage, got behind the wheel, started the engine.

All the people on the street ran for their lives.

Suddenly, Franklyn crashed into a speed bump and hit the log Larry the Lumberjack was lying on.

“That’s okay, Franklyn. I know that you’re just new to driving,” said Larry the Lumberjack. “Would you like to come to my party in Sweetworld? I’ll have a big bouncy-castle there!” 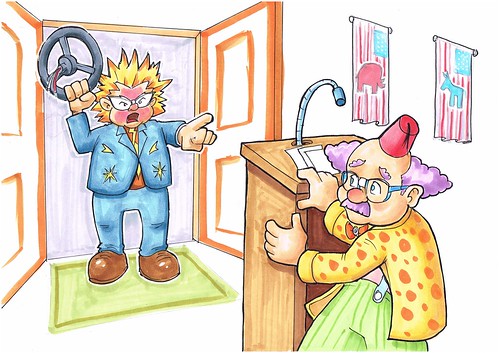 When they arrived Bob the millionaire banged the big judge-stick and roared, “QUIET IN THE COURT!”

Just then, Sparky Dude on Rage walked through the doors. Franklyn the Funny Man got very frightened. He bent down and hid behind the desk.

Sparky Dude on Rage threw the desk to one side and roared with a red face, “YOU! It was you that crashed into my car!”…