The Walking Pencil and Her Best Friend 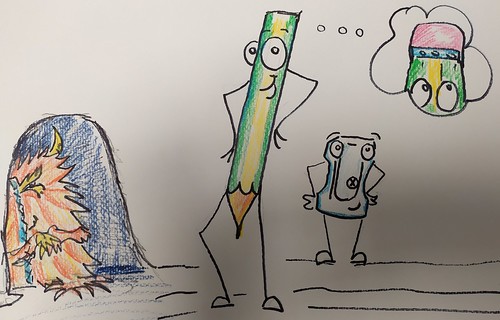 There was a pencil named Penny who was green and yellow.

She was bought in Pencilvania, but she moved to a pencil case.

The owner lost his pencil case and all the pencils were lost in the class.

They all rolled over into the town of pencils ten thousand miles away.

Penny was very lost. She fell asleep and had a dream that she had a rubber on her top.

The next day she met her friend who was a pencil sharpener named Peter Parer. 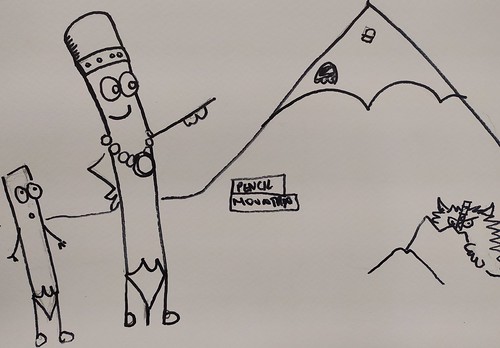 She saw that the mayor of the town of pencils had a rubber on top of his head and everyone else had one as well, except Penny.

She went up to the mayor and asked him, "Could you give me the rubber from the top of your head?"

The mayor told her that to get her rubber she had to climb to the top of Mount Pencil.

When she was running up the mountain, she fell backwards and snapped.

She walked back up and tried to get the other part of her.

She met a fluffy pencil case that looked like a yeti, that brought her into a cave. Then Peter Parer came to save her...​