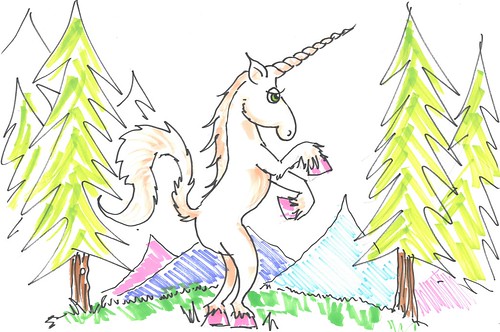 Uni the Unicorn wanted to become a warrior because she wanted to fight people.

They were her greatest fear.

Uni had a best friend called Moon, who is a dragon. She wanted people to like her.

Suddenly a person arrived. Uni hid behind a tree because she was scared.

Her friend Moon got caught by the people. 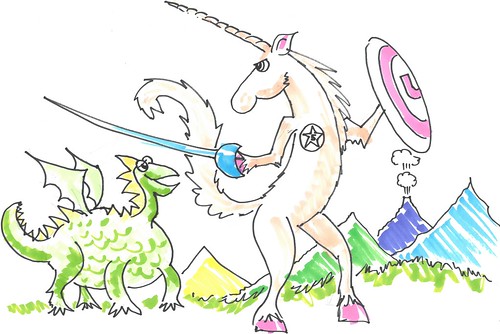 Uni went to Warrior Camp to train to get her friend back.

At the camp, she got a five-star medal.

Uni was the best warrior there.

Uni went searching for Moon but it was too late - she already had been moved somewhere else.

Uni went back home to pack up all her stuff to look for her friend Moon. 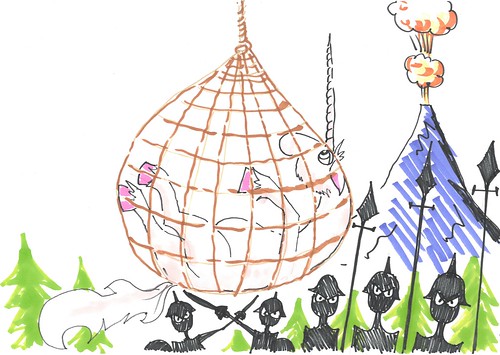 Moon was in a volcano beside a castle. Moon didn’t have much time left.

So Uni the Unicorn went through a forest and saw the volcano.

She walked up to check if her friend was in the volcano.

Uni got caught in a net by the people…