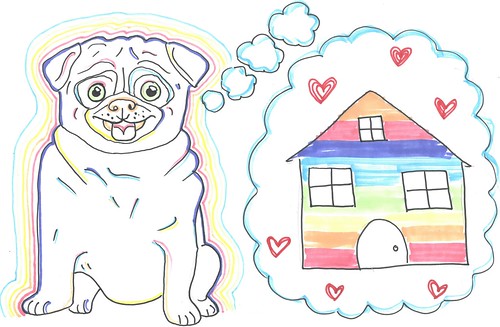 Once there was a pug who loved rainbow things. She dreamt of having a rainbow house full of everything rainbow.

The candyfloss dog was fighting with the snow owl over something silly.

Then the pug made them stop fighting. Later, the candyfloss dog was being mean again for no reason.

Then the pug and the snow owl were being mean to the candyfloss dog.

Then the teacher said that they have to go to the principal because they were being really mean and not concentrating on their work.

When they came out of the principal’s office, it was home time and they had a play date.

They were fighting on the play date. 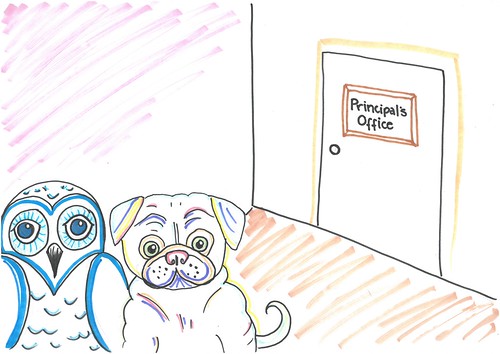 One day their teacher said to the children ‘Now we are going somewhere special, we are going to the rainbow unicorn place where we will see lots of unicorns’.

The the candyfloss dog that was blue was fighting AGAIN with the snow owl.