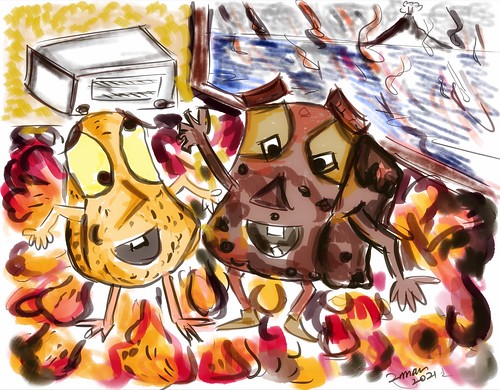 Something the Brownie and Billy the Chicken Nugget were in a kitchen in a big bakery. They were talking about their greatest dreams.

“When the volcanoes erupt, it shoots meteors,” said Something.

“Do you know that there is a dragon that lives in the bottom of the ocean,” replied Billy.

They had come up with a plan to kick the meteor over to the dragon.

They got stuck in the bakery and tried to get out. But, it was too hot and they had to get help from a queen bun called Jam.

Jam helped them bake loads of brownies to get out of the bakery. Billy spotted an open window.

Jam commanded the brownies to climb on top of each other to create a ladder.

“I am scared because the floor is made of lava,” said Chicken Nugget. “There are also chefs that have lava proof boots and they are planning to knock our brownie ladder down.” 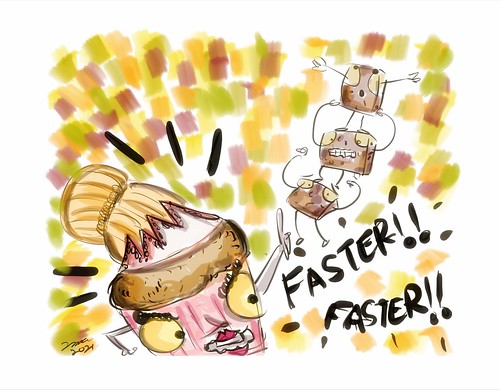 They put the brownies into a cage.

Something and Billy fell off the brownie ladder and fell through the air.

They fell into a frying pan and used it to break the window...