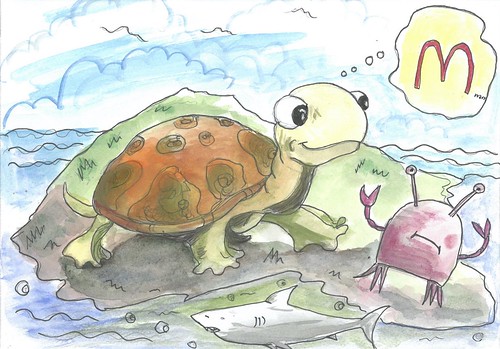 Turty the turtle is a turtle and his best friend is Crabby the crab.

He lives on an island which means he cant get to a McDonalds.

He is looking for McDonalds because he wants a Big Mac.

He finds a dolphin and he rides the dolphin to New York, with epic glasses on.

He goes to his nannies house and she makes a Big Mac.

He goes to McDonalds and has another one.

Then he destroys McDonalds, but there are ten sharks blocking his way out. 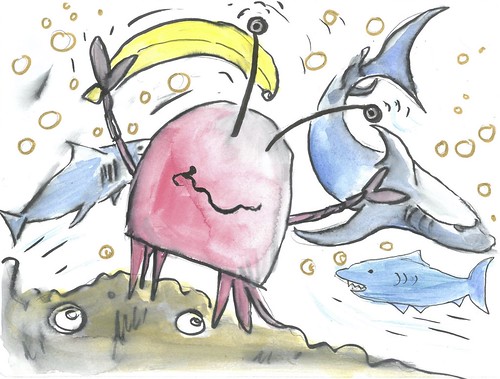 Crabby the crab appears from the aquarium next door and he saves him.

Crabby the crab starts attacking the sharks with a banana!

The Worry Monster was in KFC, he got 10 pies and put them in the sharks faces.

Turty helps the Worry Monster by using a water gun, with bananas inside.

Mr pig appears from inside a shark…