The Troubles of Jimmy and Timmy 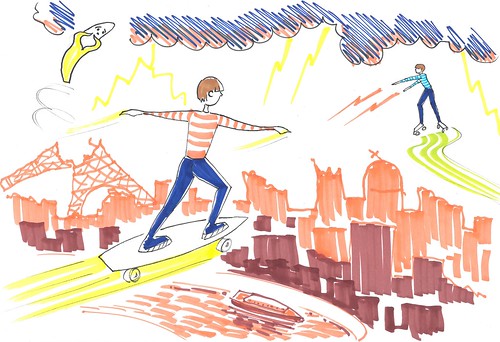 One day Jimmy and Timmy were having a fight over skateboards and roller skates. They went outside to demonstrate which was better and which was faster.

Outside there was a talking banana who decided to watch to see who would win.

Both children went over to the banana to ask his opinion about which is better -  skateboards or roller skates.

The banana replied, “I don’t have feet but I’d rather the skateboard.” 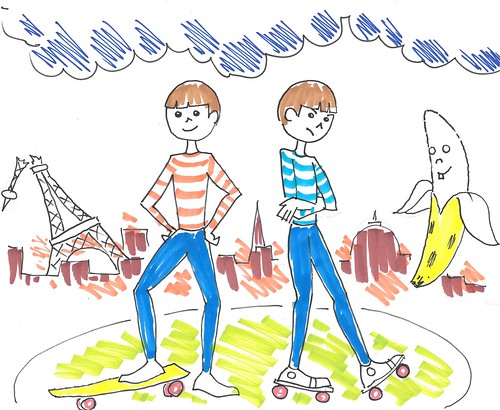 That made Timmy angry.

Jimmy and Timmy have super powers, so Timmy used his powers on Jimmy.

Then Timmy flew off and started attacking the world. Jimmy had to go after him.

Jimmy went on his skateboard to the docks to get a boat to France. So he skateboarded to Paris.

Jimmy saw that Paris was destroyed by Timmy. There was fire everywhere and the Eiffel Tower was broken. 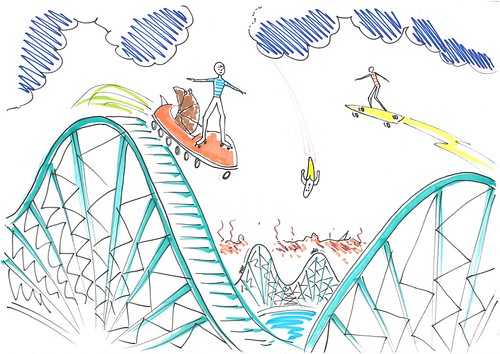 It looked like hell. But Disneyland had been left alone, because Timmy was going on all the rides.

There was a talking croissant with Timmy. She was on a ride and the banana was on the rollercoaster too.

The banana shouted over to Timmy, “YOU DARE TO TAKE MY WIFE?!?!”

Timmy replied, “Oh no, I didn’t know she was your wife!” and hopped out of the rollercoaster.

The banana also got out of the rollercoaster. The banana and Timmy ran away, past Jimmy…