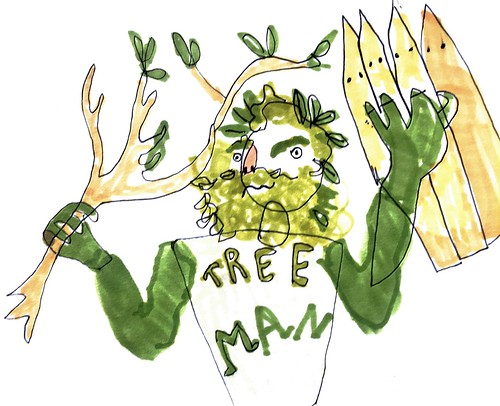 Treeman’s home was blown away by the wind and he fell off his tree, landed on his head and was knocked out.

While he was knocked out he was blown into a river. He screamed for help and a man came to save him.

This man took him home and helped his bleeding wounds. The man cared for him until he fully healed. The man was tall, skinny and middle-aged.

His name was John. John had a chainsaw on his back, Treeman looked out the window and saw a handful of wooden sculptures.

Treeman asked John where he was because he had hit his head and got amnesia. John told Treeman that he was in America. 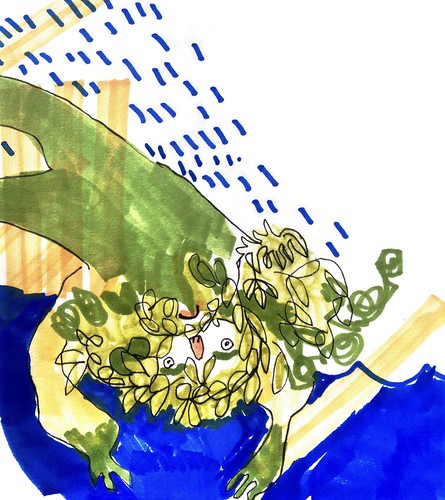 John offered that Treeman can stay with him for as long as he likes as long as he helps him sculpt. Treeman agrees because he couldn’t remember his past life.

Treeman starts helping John and makes some of the wooden sculptures into fences by accident. John said that the fences might be worth a fortune and started selling them.

When John started seeing the fences he realised that this was a legend that he had heard of before, the legend of Treeman. They start to create a bond and Treeman begins to remember his past.

After he remembers his past, he tries to go back to the Amazon but gets stuck in the desert on the way.

While stuck in the desert, Treeman was useless because he couldn't use his powers because there were no trees.

John found him and told him he was after crossing the border into Mexico. Soon he could hear police sirens coming from the horizon...