Tom's Day at the beach 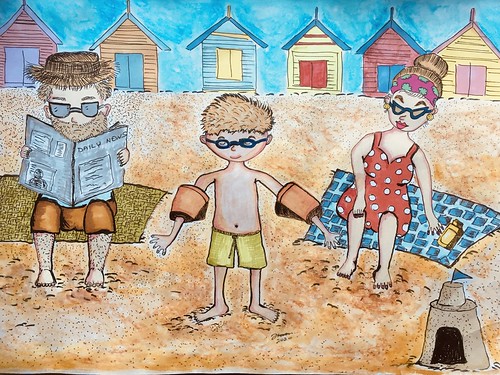 Tom sat patiently in the back seat of his little blue Hyundai.

Tom was going to the beach with his family.

Finally, they arrived at the beach. 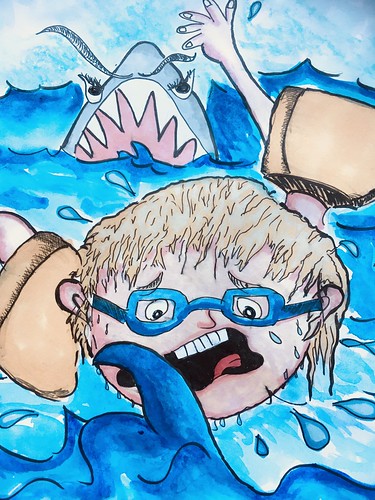 Tom slipped on his orange armbands and swam into the deep end of the sea.

Suddenly, Tom heard a deafening sound coming from the lifeguard station: it was the shark siren warning people that a shark in the water!

Everyone started scrambling out of the water.

Tom tried to swim back but his armbands kept on pulling him back.

But what Tom didn’t see was a great white shark circling him ready to attack.

As soon as he caught sight of it, he swam like he never swam before, he could feel the sweat dripping off him.

When Tom felt like he had lost the shark, he slowly turned around and saw that the shark was not chasing him anymore, but it was about five metres away and was kind of weeping for help. 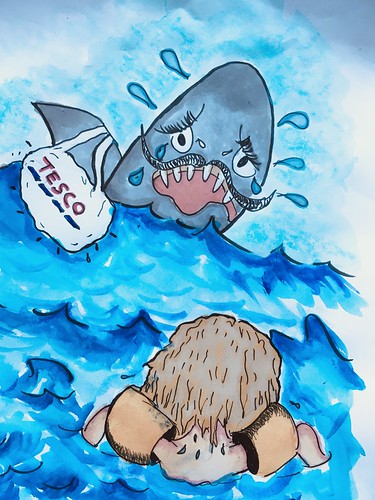 Tom cautiously creeped towards the shark and then saw what was wrong.

There was a plastic bag caught on the end of its fin.

Tom knew he had to help so he carefully removed the bag and patted the sharks head.

“I’m going to name you Destiny,” he said.