Tom and his Best Friend 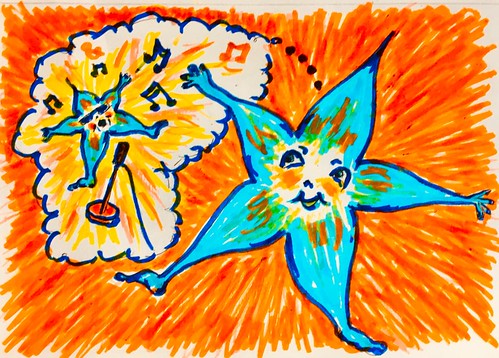 Once upon a time, there was a blue fish called Tom. He was very annoying and was swimming in his fishbowl.

His owner was named Poppy and her best friend was Alice. Poppy was Tom’s best friend.

When they got to Brazil, Tom saw a Rockstar playing a guitar in front of loads of people.

“I want to be a Rockstar when I grow up,” said Tom.

“Maybe you will be,” replied Poppy.

Then, they went to the nearest pet shop to get food for Tom. They saw snakes, spiders, lizards, turtles and fish. 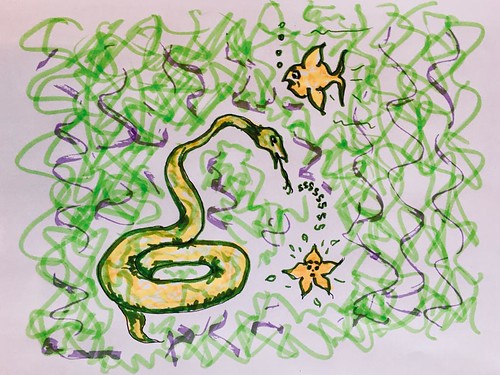 Poppy looked at the fish and fell in love with a light and dark blue fish.

Tom was scared because he was scared that Poppy would replace him with another fish.

Poppy decided to buy Cyan and his tank.

But Cyan grew so big that one day his tank shattered.

Poppy went back to the pet shop and bought a star fish named Starry. He was gold…