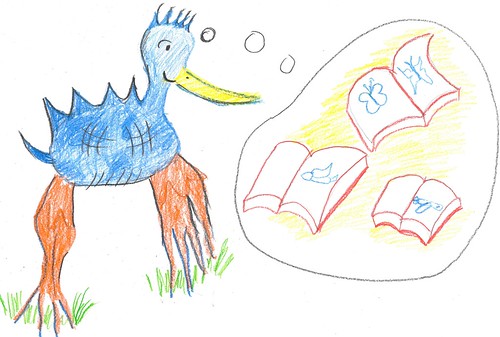 Ben was not like the other wobules because he’d fallen off ten mountains trying to fly because flying was his greatest wish.

Ben returned from the Wobule Mall and met his best friend, Bob the Dragon on the way.

“How are you?” asked Bob the Dragon.

“Good, but can I go to your house?” asked Ben. “Because there’s a mysterious monster in my bathroom.

His name is Tomato and he wants to cut me into tomato slices,” said Ben.

“Yes, of course you can come to my house,” said Bob.

“Can I hop on your back, please?” asked Ben.

“I thought you could already fly. Can you?” said Bob. 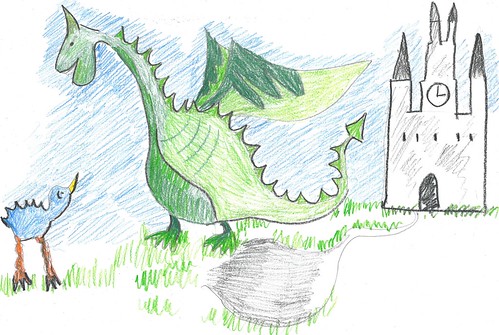 “Only if you give me chocolate,” said Bob.

But Bob didn’t know sarcasm and they shook hands.

Bob taught Ben how to fly. The next day Ben didn’t give Bob the chocolate.

Ben asked Bob if he could sleep in his house that night to avoid the monster.

But Bob said, “Not until you give me the chocolate.”

So Ben had to go home and sleep in the house with the monster...!