The Time the Enemies Bled 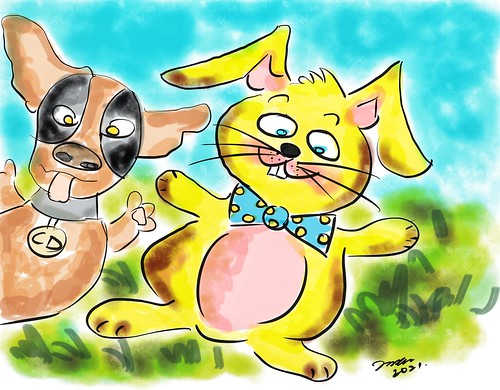 Mr. Sprinkles the Bunny and Captain Dog were in the park. They went back to Mr. Sprinkles uncle’s house to watch some tv. They watched Spongebob while eating carrots.

There was a big hole in his uncle’s fence which meant that foxes could get in.

“Oh no, what will we do?” said Captain Dog in a worried voice.

“The foxes are going to get us,” replied Mr. Sprinkles nervously. 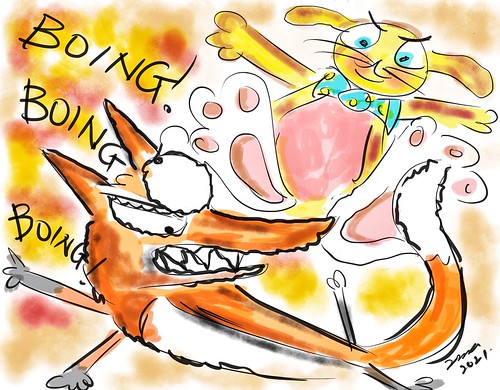 “Oh no, the foxes are already trying to get in!”

Mr. Sprinkles decided to face his fears as he ran towards the foxes to fight against them.

He started to bunny hop all over the foxes. The foxes began to fight back and Mr. Sprinkles got scared.

Captain Dog barked at the foxes but they just looked at him with confused faces. 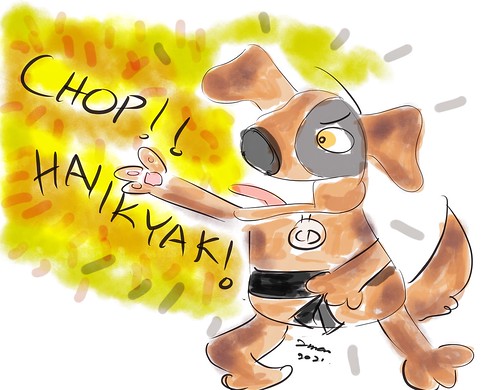 “I have a black belt in karate,” said Captain Dog in an intimidating voice.

Captain Dog scraped and the foxes began to bleed. He drank some of their blood and became stronger.

“I have another mission to do,” said Captain Dog...