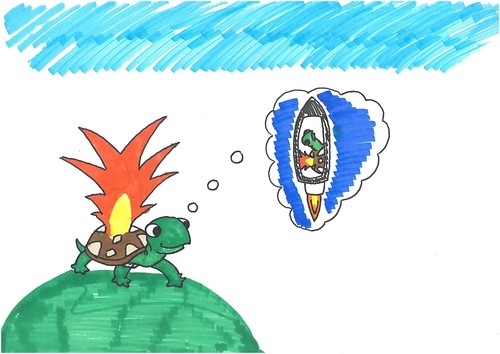 Tim the Turtle wanted to go to space but he couldn’t because his parents wouldn’t let him.

His friend, Jimbo the Shark, convinced him to ask them again.

The parents had had enough of him asking so they kept quiet.

Tim goes to Jimbo and he says, “I’m going to go anyway.”

Because Tim was so rich, it wasn’t a problem to buy a one million dollar spaceship.

To make more money, he fed the ducks but he was scared.

He was scared of ducks because of their beaks and they had amazing karate skills. 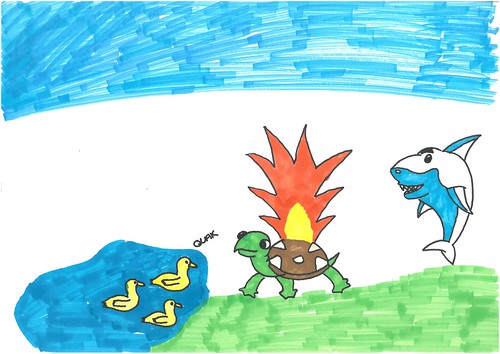 All they said to him was “Quack, quack”, and that made Tim even more scared.

As Tim was leaving the pond a mysterious duck was following him.