There’s Something Fishy and it isn’t Mr. Billy’s Dinner! 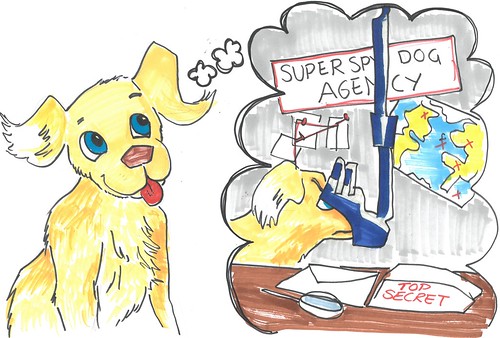 Pippy and Jack were talking to each other in Pippy’s back garden.

“Oh I wish I could be a spy dog, I would give three of my legs!” said Pippy.

“A dog that is afraid of the dark like you couldn’t be a spy” said Jack the caterpillar.

Suddenly it became dark and Pippy ran away.

The next morning on the news it said, “Last night a robber robbed a house on Pickle Green Street.” 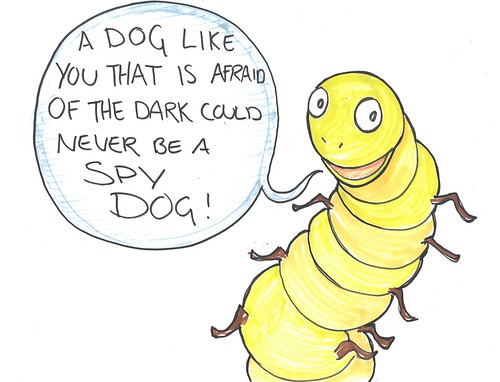 Pippy went to call for Orla the cat to tell her what happened but she wasn’t there.

Then Pippy saw posters which read “Orla the Cat, Missing”.

This was a chance for Pippy to show that she could be a spy dog!

She was determined to get Orla back from the robber so that she could be in the spy group. 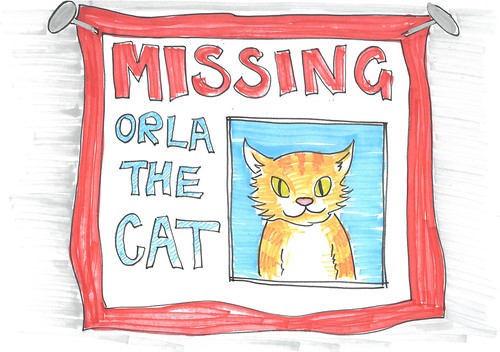 Pippy went looking for Orla and saw an abandoned house.

Then Pippy saw Mr. Billy, the scientist that created her.

Mr. Billy wasn’t very happy because his tools that he used to make Pippy had gone missing…