The Terrible Fate of Spag The Spaghetti 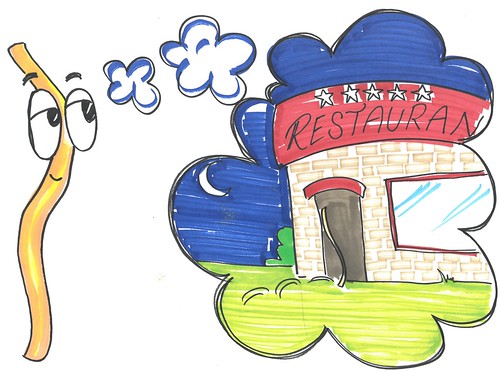 Once upon a time there was a little boy Spag the spaghetti. His dream was to go to a famous restaurant.

He wanted to go to the restaurant because there were no spiders inside.

He was so afraid of spiders that one day when he saw one, he jumped on a dog to get away.

The dog flung him off and he was stuck to a wall. His best friend, Mr. Bucket the Chef, took him off the wall and he said to him “I’ll make the best dish ever”.

He made a dish and it was Spaghetti Bolognese. By accident he added Spag the taking spaghetti into the dish.

Mr. Bucket the chef didn’t take him out of the dish and he served Spag to a woman. 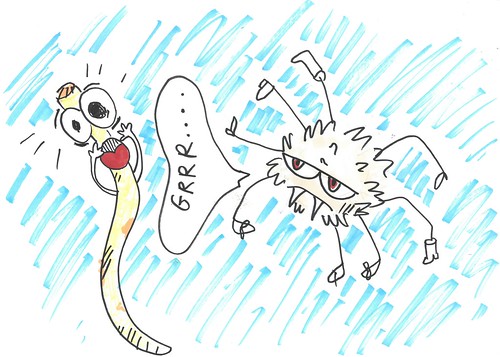 When she was about to eat him, Spag said “I don’t want to get eaten!” 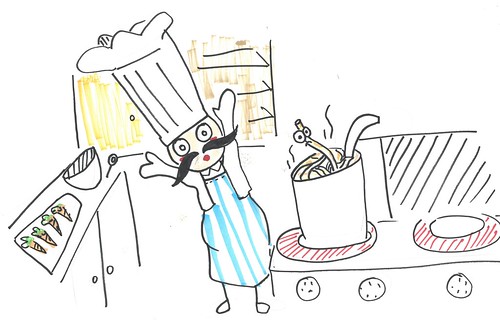 The woman screamed, dropped her fork and went running out of the restaurant as she demanded the manager.

The fork hit Spag in the chest. Spag started crawling to the manager.

Mr. Bucket the Chef grabbed Spag before the manager saw him…