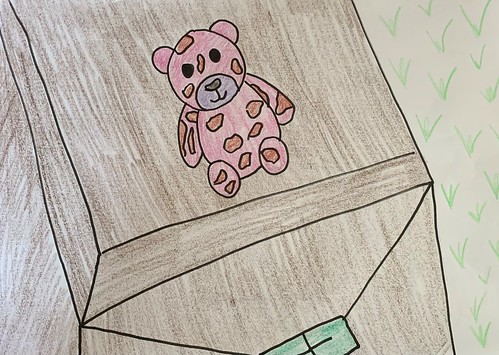 Once upon a time Jason the Boy was digging in his back garden to plant flowers when he found a time capsule.

He opened it and marvelled at what he saw. He found a teddy bear that was pink with brown spots.

“Who are you?” asked the teddy bear.

Jason brought the teddy bear into his house and gave it a clean because he was very dirty.

He gave the teddy bear a hug because he loved it. 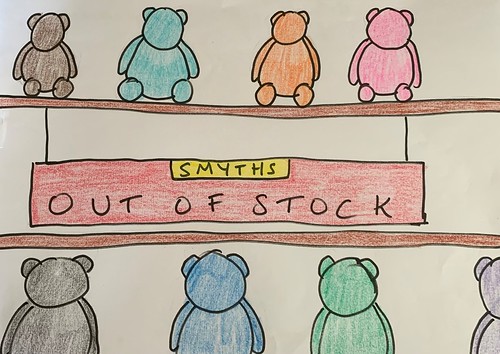 Then, he headed outside to tell his Mum about what he found.

Suddenly, a mad professor jumped out and took Jason and his teddy bear to his lair.

Jason’s parents chased after them but they couldn’t catch up.

In the lair the mad professor put them on a table and magically switched their souls.

Somehow, Jason, in the teddy bear’s body, managed to escape and made his way home.

When he got home his Mum said, “Oooooh there’s a walking teddy bear. Would you like some dinner?”

“Sure,” said Jason. “I hope it’s not vegetables. I didn’t hear what it was you were making.

Jason’s Mum replied, “It’s vegetable stew, you have to eat it!”

Meanwhile, the teddy bear was in Jason’s body and running around Smyths in Carrickmines freeing all of his teddy bear friends...