Talking Pizza goes to the moon 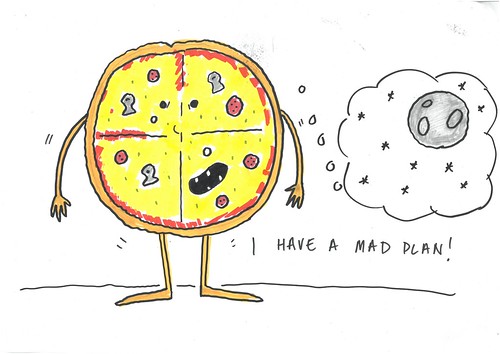 The Talking Pizza was really angry at Bob the sausage astronaut.

Bob would not let the talking pizza go to the moon.

The Talking Pizza decided that he was going to secretly go anyway.

He was going to make a homemade rocket ship.

His friend Mr Noodle came over to help him. 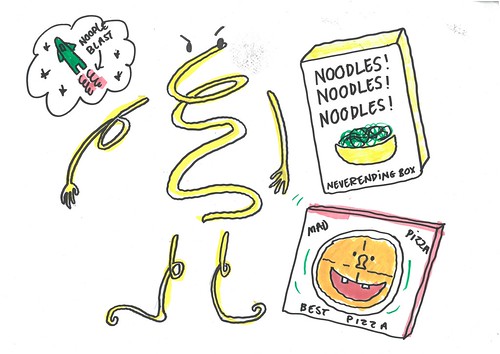 A rocket ship that’s edible and that has an unlimited supply of pizza and noodles!” said the Talking Pizza.

Some of the pizzas smelled bad. And then a girl called Nora came along and ate all the noodles! 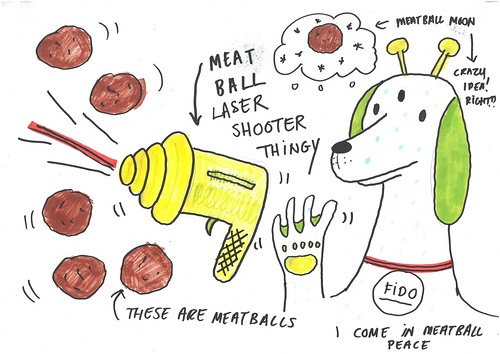 The Talking Pizza and Mr Noodle they went back to the shop to buy an everlasting supply of noodles in a box that never got empty.

They built their rocket and went to the moon.

On the moon they saw an alien, trying to turn the whole moon into a ginormous meatball.

There was an alien dog trying to stop it. 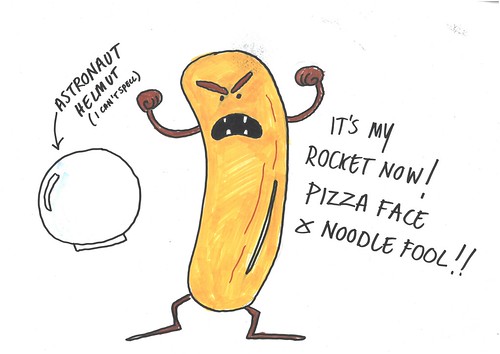