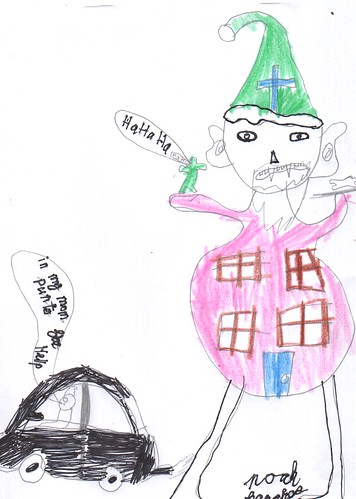 Super Zero woke up to Genward the Llama-corn bursting through the window.

“Get out of your pyjamas!” Genward was really excited about his new sneakers.

Super Zero went to change and zoomed back to Genward, but realised he only had his underwear on. 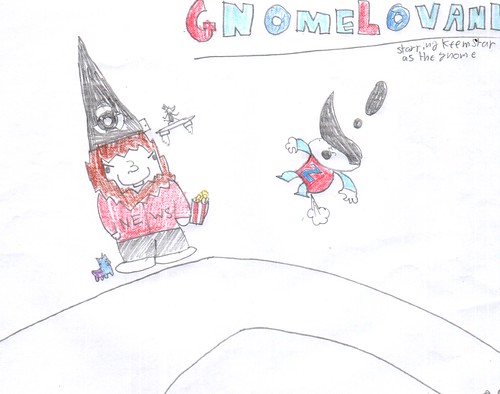 His cheeks turned very, very bright red and he zoomed back to his room, and then returned back to Genward with his uniform on.

At breakfast he told Genward “I’d switch you for a turtle with a helicopter on his shell any day!” “How would you like if I switched you for a gnome or a potato?” said Genward.

Super Zero jumped up with fright and fell out the window.

It was a good thing Super Zero was having beans for breakfast!

Just before he hit the ground, he let out a giant fart and flew onto the roof. 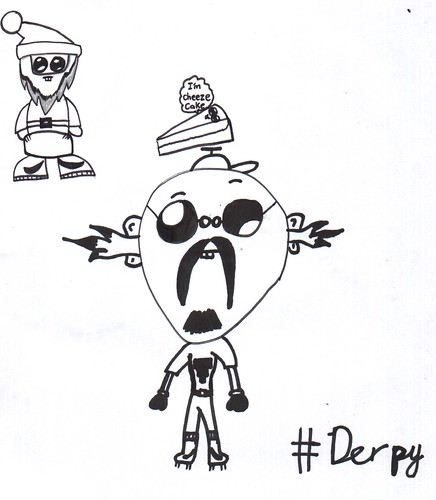 He was so heavy that the house started shaking.

The house turned into a giant gnome.

Pablo the Iguana walked out of the gnome’s hat: 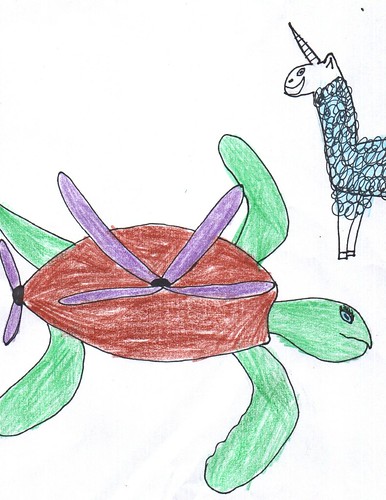