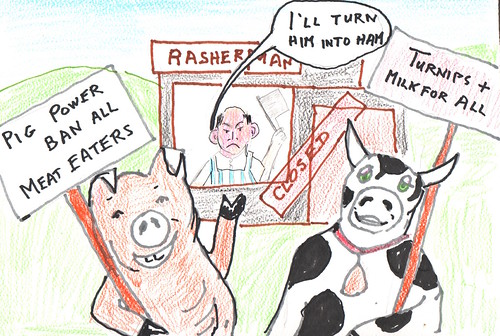 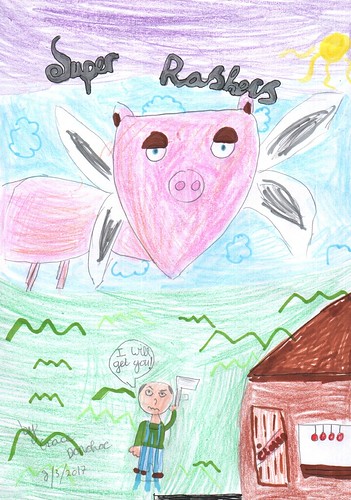 Once upon a time there was a big fat flying pig called Rashers and his best friend Milky Way the cow.

Even though Milky Way was Rasher’s best friend he always tried to eat him.

Milky Way’s father is called Steaky and he wants to eliminate pigs from the world.

​Steaky and Rasher Man the butcher had captured him by luring him into a turnip trap.

Rashers tried to fly out, but then a cage dropped on him and he was knocked out. 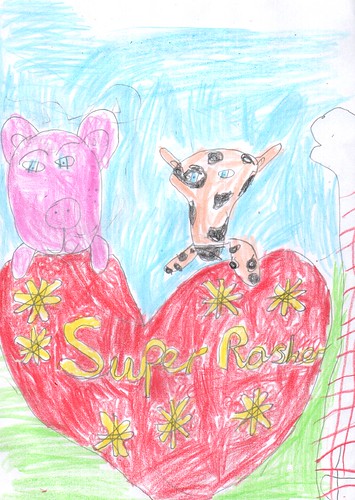 When Milky Way found Rashers in the cage he sat down drinking his milk, while watching Rashers trying to wake up.

The more milk Milky Way drank the stronger he got.

After he drank fifty thousand gallons of milk, he was strong enough to rip the bars out of the cage.

He went in and tried to wake Rashers up. 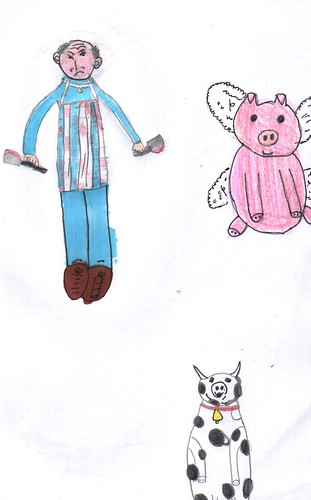 Rashers screamed “Ow!!” and Rasher Man came from down the corridor.

He bent the bars back to the way they were.