Super Brain and the Clown catastrophe 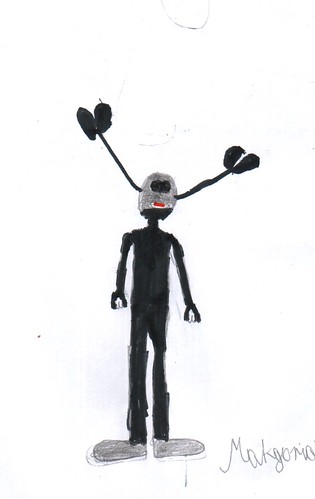 Super Brain was very rich, lived in the White House and he owned a green Lamborghini and a white Audi R8. 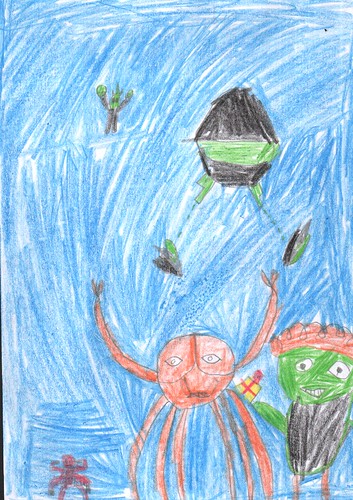 One day Super Brain and his best friend Body Boy were in their bedroom when a clown came in.

“Surprise surprise” said the clown, “let’s have a birthday”.

“But it’s not my birthday” said Super Brain, “get out of here, I’m afraid of clowns”.

Super Brain and Body Boy ran to McDonalds to get a BigMac, where they saw Ronald McDonald.

“All my victims float” said Ronald. “You’ll float too”.

Ronald sprayed lots of Ketchup on them and then they ran outside with their BigMacs in Body Boys hands.

The next day they woke up and looked outside the window, when they saw a spaceship with the clowns inside…