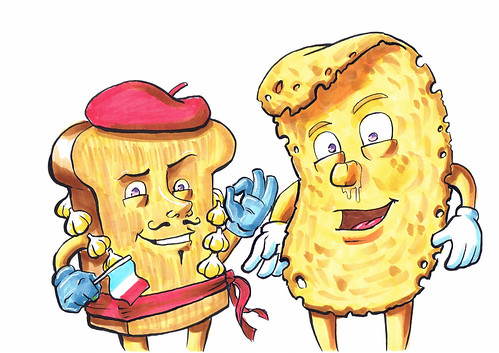 It was a warm day in Lollipop Land. 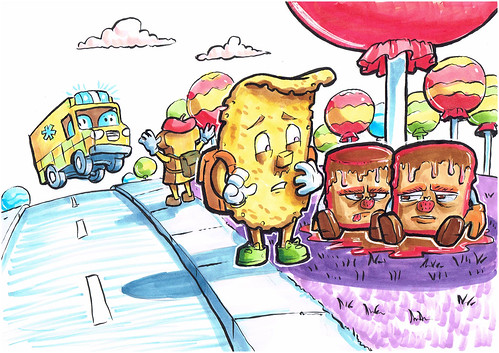 Syrup the pancake and his friend Frankie the French Toast were ready to go to school.

On their way they met Tom and Jack, the strawberry chocolate flavoured melting marshmallows.

They were the local bullies.

Realising that they were in trouble, Syrup called the Ambulance.

While they were waiting for the Ambulance Syrup rolled Tom and Jack into the shade. 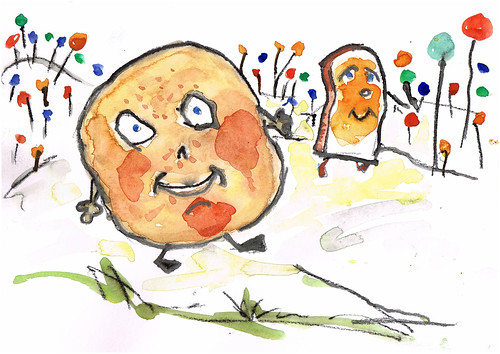 Syrup warned Frankie that they would be late for school 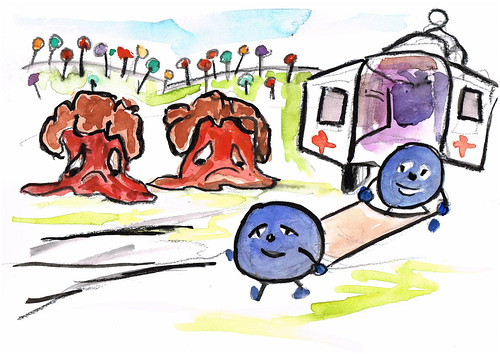 “Look at the time – we need to get to school!” said Syrup looking at his watch.