Steve “No Shoes” and Tic Tac​ 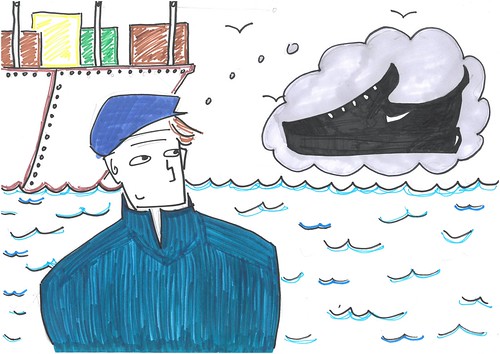 It was a cold snowy night at the in work at the docks for Steve “No Shoes.”

The water was icy. His toes were freezing. And there was an icicle stuck to the end of his nose.

Steve “No Shoes” went home after work. Before he went to bed, he wished to get a new pair of shoes.

The next day, Steve’s best friend Tic Tac knocked on his door.  He asked, “Do you any spare change for Tic Tacs?”

“No. I can’t even afford a pair of shoes,” replied Steve. 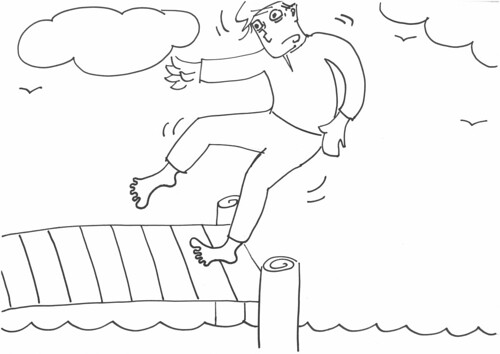 The newspaper came through the door.

There was an advert for the latest shoes at  half price!

Steve “No Shoes” rang his boss and asked for extra hours so that he could afford the shoes.

He went into work and he nearly fell into the water.  That was his worst fear…