Skip to main content
Home Stories Spies to the Max

Spies to the Max 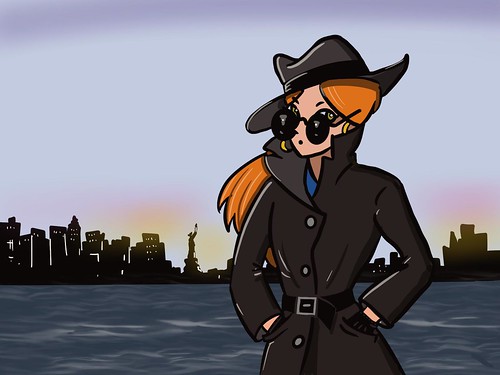 The wind brushed past Amy’s face as she hopped off the train. Her red hair flew on her face.Her best friend, Ellie, walked past and said hello.

They were on their way to their first mission. Ellie glanced at her watch and said that they’d be late.

They arrived in New York City. They ran through the city trying to find the meeting. They knew if they were late they would be fired.

They finally found the place - it was in the middle of New York, in a big tower. Only spies could go in. But, little did they know, their enemy was the person sitting next to them on the train.

The enemy was dressed in normal clothes, so they didn’t know. She had brown hair, but she was wearing a red wig.

She tried to make herself look like Amy.Her name was Carly. When they got to the meeting Carly was there. Carly is a spy from a different country.

When they arrived at the tower Carly was already there, so their boss thought that Amy was an intruder.

Their boss asked for their ID to see which one was fake. 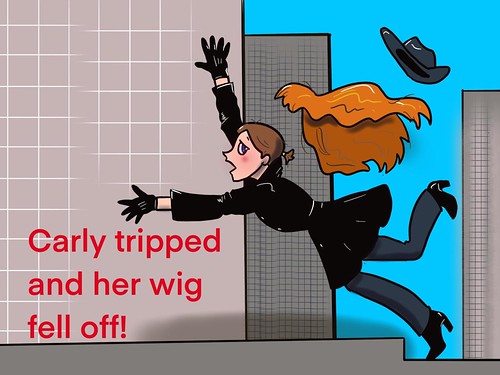 When the boss checked them, there was a misspelling in the name on Carly’s ID.

Also, Carly tripped and her wig fell off. The guards took Carly down to the dungeons and Amy was going to check on her later.

They got their mission and they headed back to the train. When Amy and Ellie were on their way to their mission they decided to check on Carly.

Carly had disappeared. Amy was confused. The handcuffs were laying on the ground, the cage door was open and a bobby pin was in the key hole.

Amy saw a flashing red steel ball in her bag and it was a tracking device.

They checked the security cameras and they saw a figure giving Carly the bobby pin.

It reminded her of her family, and what could happen to them…