Skip to main content
Home Stories Sophie and the Ice-Dragon 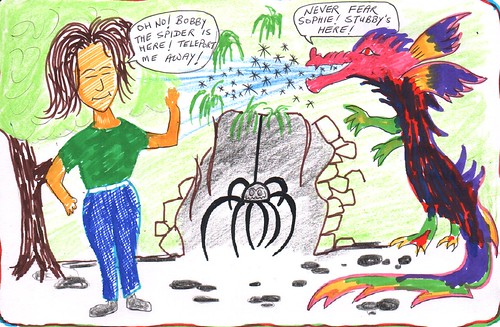 Once there was a girl named Sophie who had super-natural powers of reading minds.

She lived in a small house in the country-side in Wexford.

There was a forest near her where Bobby the jungle spider lived. She was terrified of him.

The spider had bitten her before. She had a best friend called the Stubby the ice dragon.

He had ice spikes on his back and he really liked ice. Wherever he stepped it turned into ice or snow.

What Sophie always wanted was to teleport. She wanted to visit her relatives and she was really adventurous.

One day Sophie made a collar that could make Stubby speak so Sophie went outside to talk to Stubby and she woke him up.