Skip to main content
Home Stories Snowy and the Skeleton

Snowy and the Skeleton 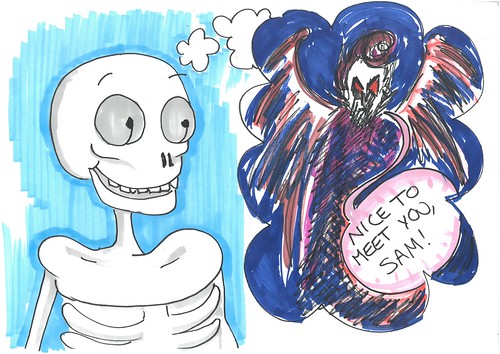 Once upon a time, Sam the Skeleton met a bunny called Snowy.

So Snowy introduced himself to Sam and he said, “Hi, I’m Snowy.” They took a selfie together.

Snowy and Sam decided to go get ice-cream together in the shop.

They had a drawing competition.

Snowy drew the dead shark because he liked sharks. He drew the picture from a picture he had on his phone. 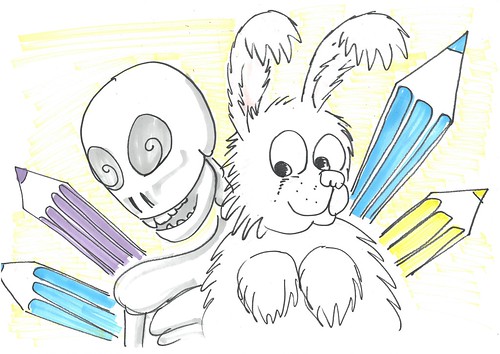 The Angel of Darkness appeared behind them. She judged the competition for them.

The Angel of Darkness asked why the bunny was there.

A unicorn appeared and warned Sam and Snowy that the Angel of Darkness was a mean person and could kill them.

The unicorn said, “I’m out of here” and went to McDonald’s. Sam and Snowy followed the unicorn. 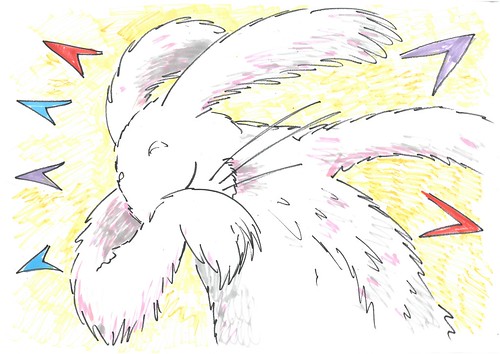 They all decided to dab together. In fact, every single creature in McDonald’s began to dab.

The bunny said, “I should be nice now” to his friends. Then they all stopped dabbing and had a party.

The party turned into a dance party...