The Snowman and the Runaway Carrot 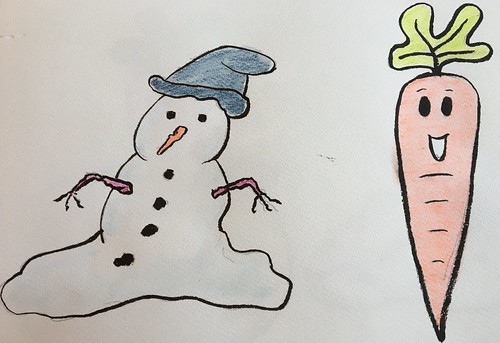 Puddle the melting snowman was made by a lonely boy in his back garden during Christmas.

The boy had snatched a carrot from the Christmas dinner table and gave it to Puddle for a nose.

Puddle decided to call the carrot ‘Luke’ and they became fast friends. Luke saved Puddle from his loneliness.

Luke had been bought at the Christmas market, where he had been parted from his brother Steve.

Luke’s dream was to be reunited with his brother.

Luke had promised Puddle that he would never melt, but spring came and he began to melt - it was his biggest fear coming true. 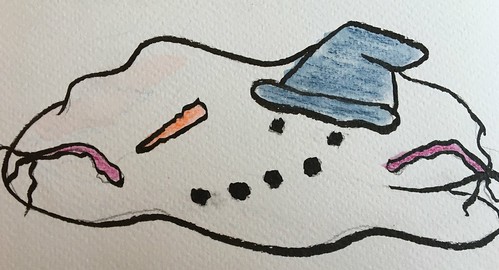 Luke started rotting in the warmer weather and began to really stink!

“Luke, you are really stinky and you lied to me!  I will never trust you again.

I think it’s time to put you in a stew and for me to find a new nose,” said Puddle.

“Your brother Steve might be just the right nose for me,” he mumbled. 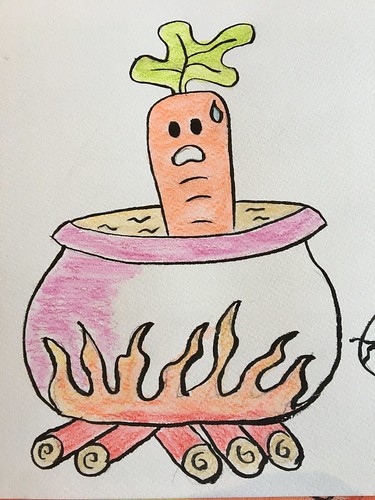 This shocked Luke. He was bewildered by Puddle’s words, which wiped the smile off his face.

Luke was so upset by Puddle’s outburst that he ran away.  As night rolled in, Luke got lost.

The next morning, the sun was blinding, and Puddle began to sweat in the glare.  He tried to chase Luke, with tears blurring his vision, but…