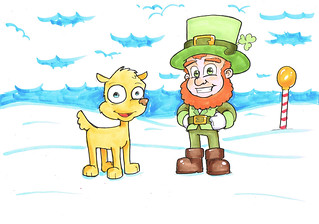 Snookie the Chihuahua is sitting on Santa’s large red bag, biting his black boot laces in the sleigh at The North Pole.

It’s just 27 days until Christmas Eve, and the reindeer are all training hard for the big day in hopes they will be picked for the final squad.

Rudolph was lifting weights, and suddenly a 100 kg weight dropped on his toe.  Rudolph shouts out “AUGGGHHHH” in pain. 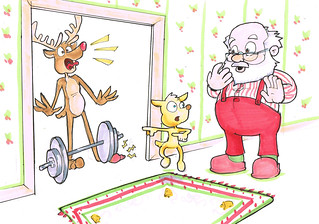 About one hour later, Mrs. Claus came home from shopping and had been texted by one of the reindeers, telling her the bad news.

“Yo Snookie—I’m gonna use some magical green Irish fairy dust so you can fly and lead the squad!” said Paddy the Leprechaun.