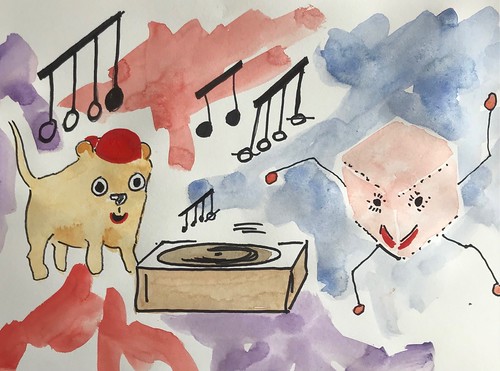 Snickers the Puppy was walking beside a really nice pond that was very glittery but she fell into a deep dark hole.

The hole led to a dog college and there were dogs studying and training on how to make marshmallows.

Suddenly, Marshy the Dancing Marshmallow came to life and Snickers found him in her new room.

At first, Snickers tried to eat Marshy but he yelled, “Hey! I’m alive, don’t eat me or I’ll eat you.” 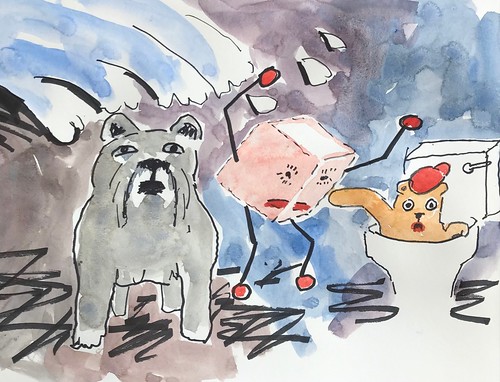 “Snickers, you’re the one who made me,” said Marshy.

“If you want to be a DJ, the first thing you have to do is come up with a song, and I can be your dancing marshmallow because my hobby is dancing.”

But when Snickers opened her bedroom door, a Great Big Bulldog was there. She quickly ran into the hall and all the way to the bathroom.

Marshy was so afraid of the bulldog that he didn’t want to go past the door. 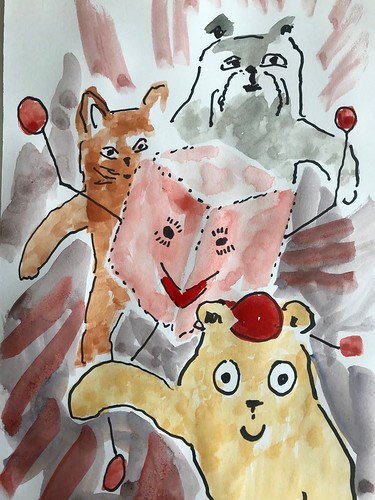 Snickers sat on the toilet but fell in. She quickly jumped up and screamed, “Earthquake, earthquake.”

She realised that there was no earthquake, it was just the broken air conditioner that made the college shake.

The air conditioner shook the college so much that the water pipes burst and all the water came out and flooded the room.

Snickers couldn’t swim and was almost drowning but Marshy, who also almost drowned, danced all the way in the water to save Snickers.

Eventually, they managed to open the college doors and all the water flooded the rest of the college.

Out of nowhere, a stray cat appeared and behind the cat was The Great Big Bulldog...