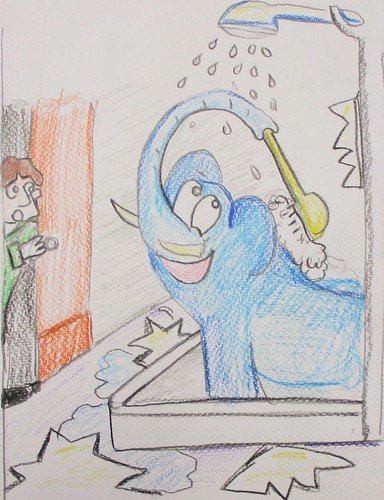 This is Billy the farmer. He lives in West Cork on the farm with cows, pigs, ducks and elephants.

One morning, he got up and there was an elephant and the cow singing in the shower.

Cowcow the cow got out of the shower but Millie the elephant got stuck.

When Millie the elephant tried to get out, she shattered the glass.

No matter how hard she tried she couldn’t get out.

Then Millie realised she wanted to stay in the shower.

Billy the farmer came into the bathroom and saw Millie in the shower.

Billy got a big shock. Billy realised that he was too afraid to get Millie out of the shower, so he took out his twenty dollars and thought. 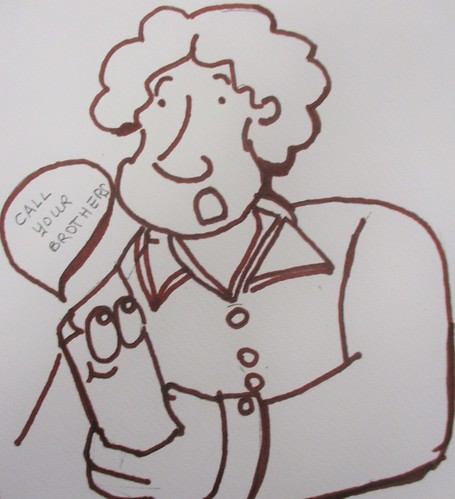 When they were distracted by the elephant and the twenty dollars the cows run out and never came back.

Bob and Joe said to Billy that they had an idea how to get the elephant out of the shower...