Skip to main content
Home Stories Santa and the Elf

Santa and the Elf 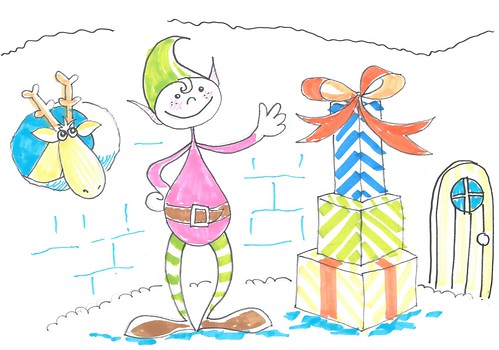 Once upon a time, Ben the elf was in his room at the North Pole Hotel for Elves.

Ben’s job was to go to peoples’ houses and check if they had been good.

It was the day of the big meeting. Santa was going to choose which elves were going with him on Christmas Eve. 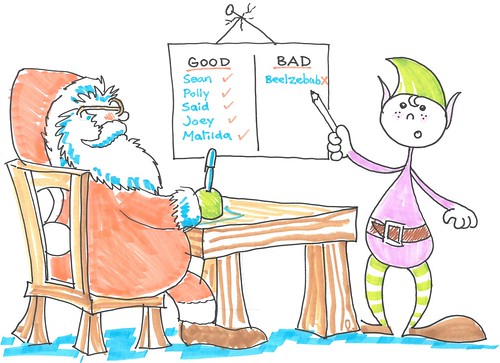 Ben was picked and he was so happy until he heard Santa say:

“If anyone touches the elves, you will lose your magic.”

That made Ben feel very nervous.

Ben was so nervous that he forgot where Santa’s sleigh and the reindeer were supposed to take off.

Mrs Claus noticed that Ben wasn’t there and sent Sparkle, one of the other elves, to find him. 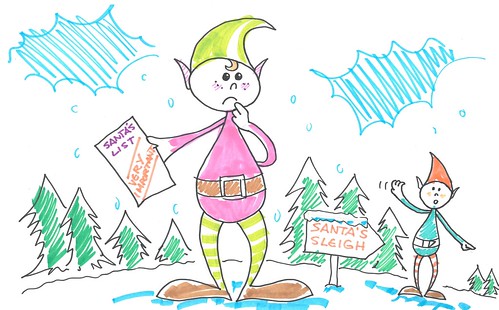 Sparkle searched for hours and hours until she found him.

“Where were you? Are you all right? We were all worried!” Sparkle said.

“I was lost,’ Ben said. “I got so nervous that I forgot everything.”

It was only a few more minutes before it was time to go deliver all of the presents...