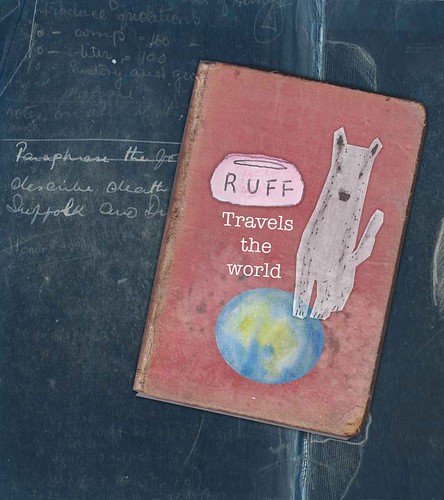 Once there was a dog. His name was Ruff. He wanted to travel the WORLD but he had an owner so he couldn't. That made him sad.

One day, Ruff woke up (after dreaming about traveling the world). Then he went outside. A boy threw a ball and Ruff ran and ran and ran.

Ruff kept on running and running. Eventually, the ball stopped and Ruff looked around.

He was in a town but he wasn't in his own town - it was different.

Now, Ruff was a little bit scared because he had never been away, but he was also excited because it was the beginning of an adventure!!

So, Ruff decided to wander around. He kept on wandering. There was a lot of people.

A big van pulled up and out came...Animal Control!!! Ruff was scared so he ran away as fast as he could. 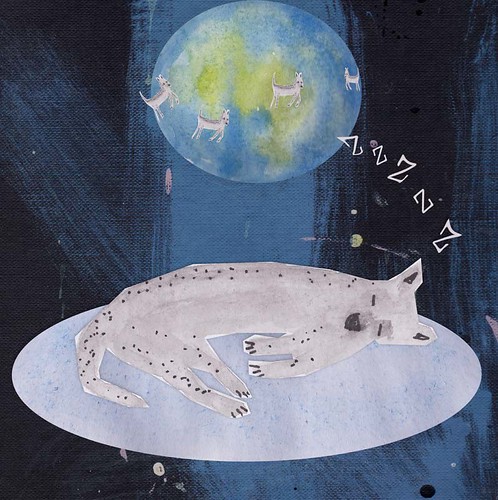 He kept on running until he was out of town.

Now he was in the woods.

Ruff was hungry so he decided to try and catch a squirrel. An hour later he found one.

He chased the squirrel. It ran up a tree and...WHACK! Ruff bashed head first into the tree!

It shook the tree violently and the squirrel fell out of the tree but it ran away. ''This doesn't taste nice,'' he said as he chewed on bark.

The next day he woke up after a good night's sleep. He wasn't very hungry after all the bark he ate the night before so he decided to have a swim instead. 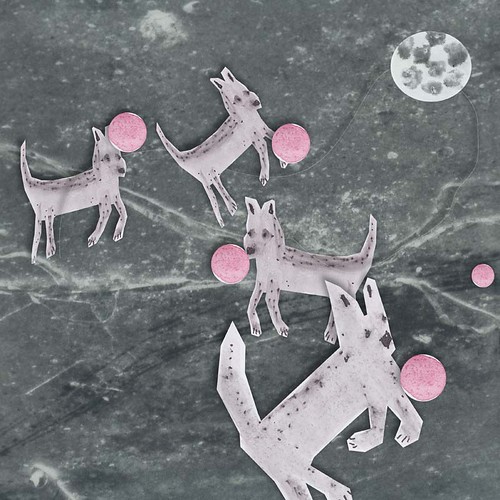 When Ruff finished swimming, he met a dog called Echo and a boy called Corin.

Corin told his mum Fi and his dad Sam about Ruff.

Sam said that he knew the dog and his name was Ruff. He also said that they should bring him home.

Ruff seemed happy with that so he jumped in and off they went.

They were off to Ruff's house in a campervan and the two dogs were sticking their tongues out the window. 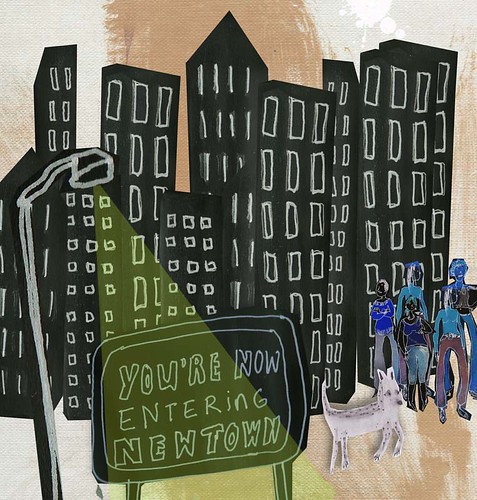 They passed a wood. As they passed the wood, Ruff barked.

"Ruff must have been in those woods,” said Fi.

Corin and his brother Daithi were getting bored so they decided to read a book.

That evening, they had dinner and then went to bed. Daithi and Corin slept in a bed up high and Fi and Sam slept in a fold-up bed and the two dogs slept together on the floor.

The next day they woke up and had breakfast. Then they kept on driving. 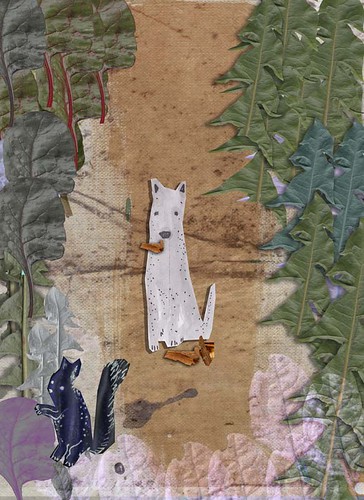 They nearly forgot Echo!! But then they remembered and went back for her.

They finally got to Ruff’s house. Ruff was so excited to see his owner that he jumped up and down.

And the book Corin and Daithi were reading was Ruff Travelled the Country.