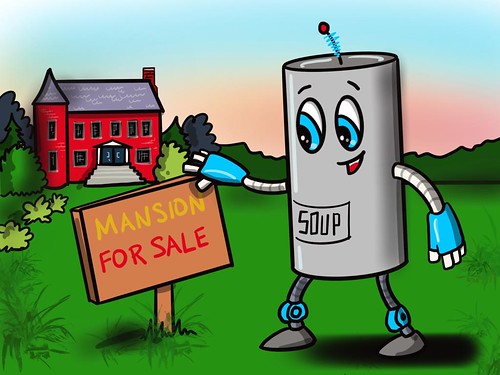 It was a warm summer day. A boy was walking down a dark alleyway when he came across metal parts.

He first made a leg, then another leg and then he made his arms. He built a robot and made him really strong. He put wings on his arms so that he could fly.

Then he found a cape and made him a superhero. He names the robot Roboy. One day he was walking down a street and came across a red mansion.

He really liked it and he wanted to buy it. He didn’t have enough money to buy it, so he went home and looked for a robot job.

He got a robot job making robots and he made a robot girl. He named her Rogirl. Roboy and Rogirl made a hoverboard together.

The job he was working at shut down so he began looking for another job. 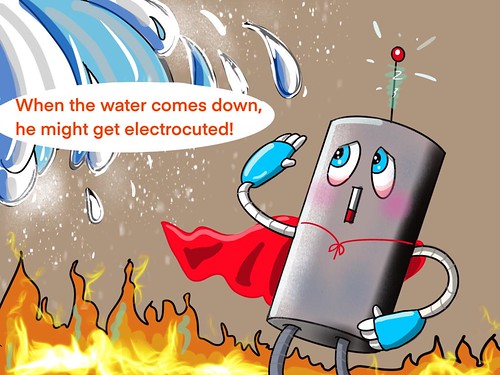 Roboy decided to work for the boy who made him by doing housework.

Roboy painted until he had enough money to buy the mansion he saw earlier. When he got his mansion, he cleaned the new house and painted it red.

One day he was in his house and heard people screaming so he looked out of the window.

He noticed the house beside him was burning so then he went in to save everyone.

The fire brigade came and they threw water on top of the building.

When the water comes down, he might get electrocuted.

Rogirl was in the mansion as well and saw the house beside them burning, she even saw all the water coming down...