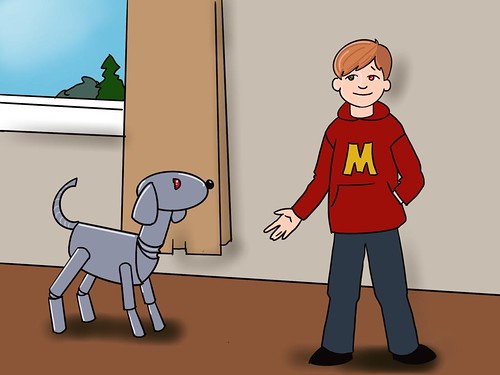 One night, Markus’ parents were driving down the road but they got into a terrible crash.

He had to go into an orphanage and his favourite person in the orphanage was his new mother, Mrs Helen.

Mrs Helen snuck in a robot dog to him. One dark and dingy night, Mrs Helen helped him sneak out of the orphanage and run away.

Markus jumped out the top window and he fell down with his robot dog and he landed on the floor. He got hurt and a bit of his robot insides showed.

His robot lungs were showing and so were some screws.

He was petrified and shocked, he couldn’t understand what was happening.

He ran away and hid in someone’s shed and the next morning he was found in the shed. The owner of the house was a mechanic called Jade.

Jade was at first a bit uncomfortable, but when she got to know the robot she didn’t feel uncomfortable anymore.

When they got to know each other, she said “Wow! That’s interesting!” and went down into her basement.

While she was fixing him up, she accidentally triggered a flashback about how he was made. 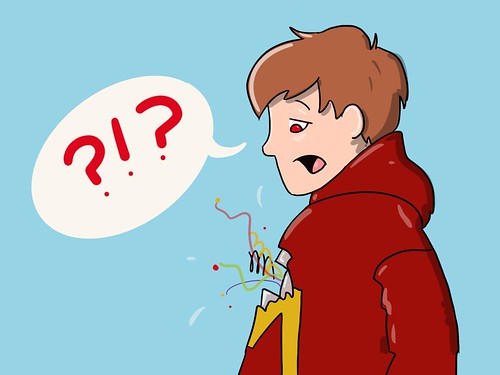 Markus remembered that when he was getting made as a military weapon, he was supposed to be used as a robot gun but he managed to escape.

Suddenly his flashback ended and his robot dog started barking at Jade.

After his flashback ended, he saw a poster down in the basement of the scientist that made him. He thought it was Jade’s dad.

Markus gets afraid because he does not know what’s going on and runs away again.

He ran away desperately scared, he wanted his Mom and Dad but he reminded himself that they were gone.

He remembered that he had a secret whistle with his robot dog and the dog came to him.  Then he ran and flew over a fence.

He noticed something beeping on his arm and noticed a label on it - it was a tracking device. He tried to take it off but it wouldn’t budge.