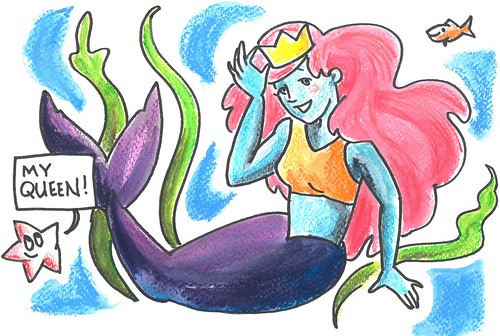 Once upon a time there was a mermaid called Riley. Her best friend was Elphie the Dolphin.

Riley wanted to be Queen of the Ocean one day, but her dad wouldn’t let her go anywhere.

One day, Riley snuck out with Elphie the dolphin to go to a pirate ship. They swam to get to the pirate ship and they saw snakes.

Riley said to Elphie, “I can see snakes.”

They went back to Riley’s house, which was made out of rocks.

Riley’s dad gave out to her because she had run away. 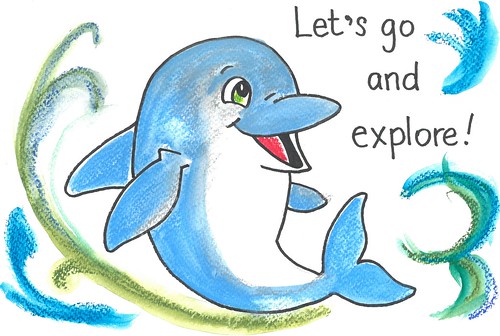 Riley’s dad Trident told her, “If you run away again, you’ll be in big trouble.”

Elphie got kicked out of the house. Trident locked Riley in her room for three days.

When three days went past, as the clock struck midnight, Elphie came with his dolphin friends so they could explore together.

Riley replied, “Okay, but we have to be careful.”

They went to Elphie’s house. When they swam in, they saw Elphie’s mum and Riley’s dad having a chat...