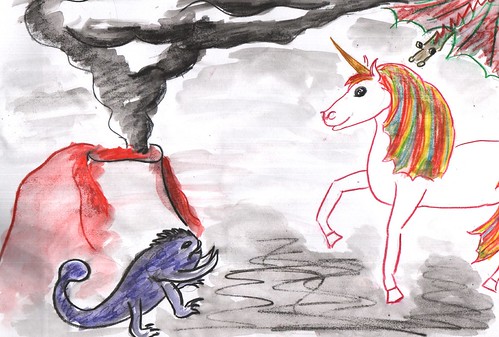 Once upon a time there was a part-human, part-dragon whose name was Rex.

He lived in a cave on the side of the biggest volcano in the world.

His best friend lived with him: she was a Rainbow Unicorn called Majestic.

Every two months the volcano erupted and their cave blew up, so they always had to move to a new volcano.

One day, in their new home they were playing Monopoly.

“Why don’t I use my superpowers to make a force-field around the house and protect it? 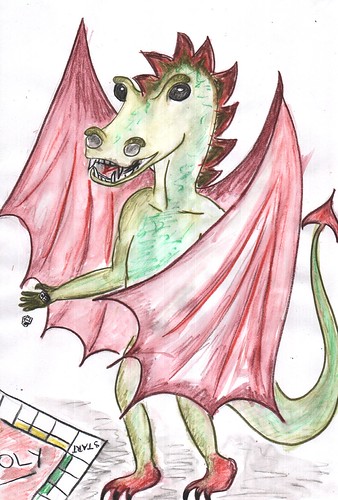 The volcano is going to erupt soon,” suggested Majestic.

“Hmm, while you were sleeping last night, something weird happened.

I found a cave in the house and in it I found the King of volcanoes, the Belava Beast.

He is causing the volcano to erupt,” said Rex.

Just then, the volcano started to erupt…