Revenge Of The Killer Clowns 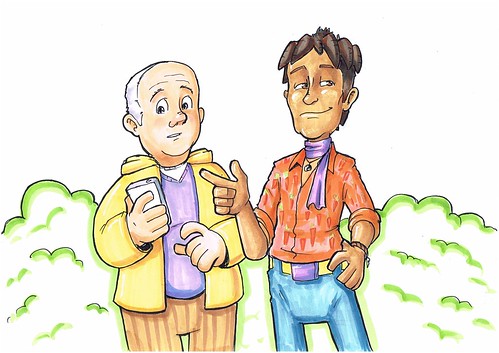 Voluptuous Jack and his best friend Trytineous Graham were in the middle of nowhere.

Trytineous Graham said he needed to go to the toilet.

On his way to the toilet, through the bushes, he heard a stick snap.

He got very frightened. He looked around, saw nobody there and started to run.

Voluptuous Jack also started to run when he heard his friend screaming.

“Are you okay, Titan?” called Jack to his friend.

“Aaagh! No, I’m not! There is something in the bushes. 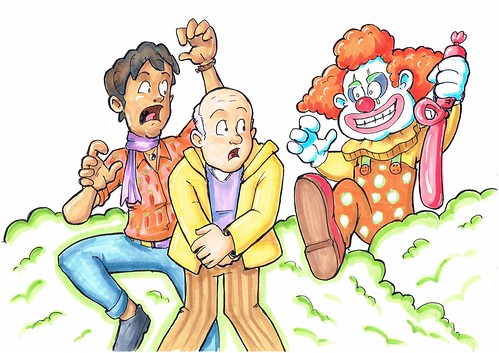 I think that it’s following me and it’s going to kill me!” screamed Titan.

“Oh, it’s probably just a spider,” said Jack as he walked towards the bushes.

“I still need to go to the bathroom!” roared Titan.

Suddenly, from out of the bushes, popped a killer clown…