The Rainbow Koala and the Scary Spider 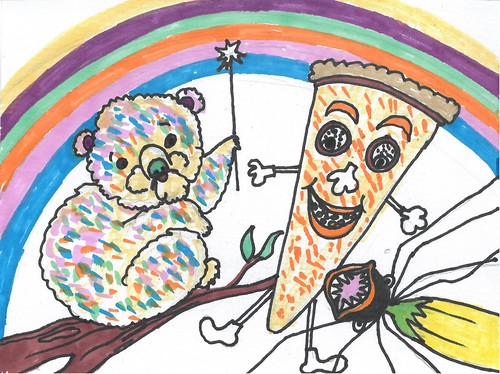 Once upon a time, there was a rainbow koala named Rainbow who longed for a friend.

Her worst fear was a spider who could eat anything.

One day, she met Bob the Pizza. She said, “Hello Bob, how is your pizza skin today?”

Rainbow’s greatest wish was to make rainbows for her friends. One day she was able to do it!

Rainbow followed Bob the Pizza and saw Banana, the spider who can eat anything. She was really scared!

Rainbow said to Banana, “I’m really scared of you!” 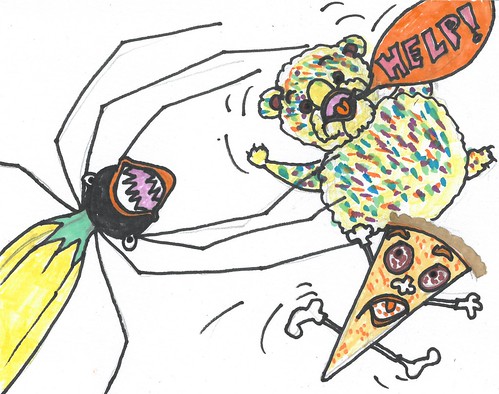 The spider hissed and said, “Get away from here!”

Later that day, Banana went to Bob the Pizza’s house and he screamed.

Bob the Pizza ran away…