Skip to main content
Home Stories Putsey and Alfie, the Circus Superheroes, Who Fall In Love, Make Friends & Save The World

Putsey and Alfie, the Circus Superheroes, Who Fall In Love, Make Friends & Save The World 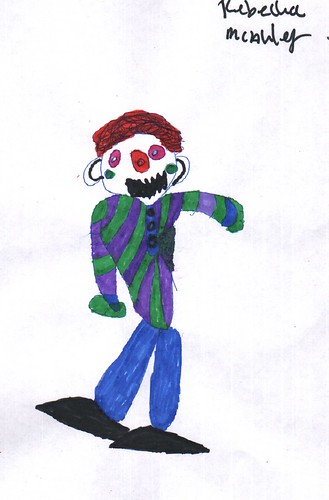 Putsey, the Superhero clown, wanted to free people from a villain named Harlequin.

Harlequin is tall, white-faced, wears a cape and carries a spear.

Putsey said to his dog Alfie “Do you want to come along, rescue people and save the world?”.

Just after the contortionist finished on stage, Alfie and Putsey stood on a bed in the middle of the ring.

On the bottom of the bed there was a voice magnifier and Alfie and Putsey said loudly “We are going to free the world from Harlequin and then go to bed and drink milk and water. 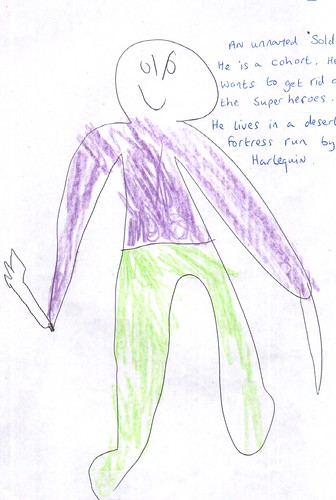 Then the performing lions and dalmatians came on and started jumping through fiery rings.

Winnie the Pooh was ringmaster.

Putsey, Alfie and the dogs got a taxi, driven by one of the minions to Dublin Airport.

Putsey and Alfie were pilots and the puppy minions were cabin crew and were serving drinks to the monkey passengers.

George of the Jungle was there too. The plane was going to England where Harlequin had his desert fortress which was a mansion full of books and short stories. 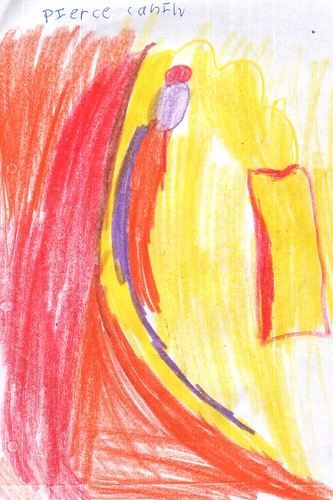 ​Alfie and Putsey had to get past them.

They hid under a blanket and sneaked past all of the defences.

They got inside the fortress wall but needed to get into the mansion, so they they decided to climb in the window.

It was on the first floor so they had to get a car and drive the ladder to the wall. Alfie and Putsey are in love and climbed up the ladder together.

The soldiers are armed with knives and forks and want to turn Alfie and Putsey into dinner.

“Get away from me” Putsey shouted. Putsey used his superpowers to shoot love-hearts at all the soldiers which made them drop their knives and forks because they fell in love with Putsey.

The soldiers sent Harlequin to jail and Putsey, Alfie and the soldiers lived in the mansion and read all the books. 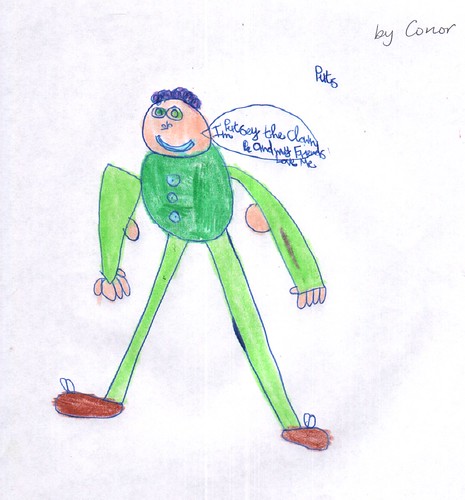 And they lived happily ever after drinking milk and water.