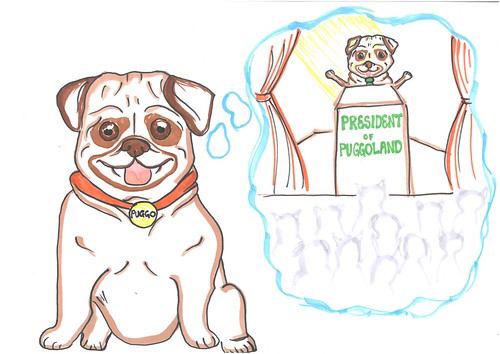 Once upon a time there was a pug called Puggo. He was a government minister in Puggoland.

Puggo knew a velociraptor named Barry. Barry used to be a millionaire after he won the Velociraptor Lotto, but he lost all the money because he had too many plastic surgeries.

Puggo’s wish was to be the President of Puggoland. A new pug named Jim had moved into Puggoland. 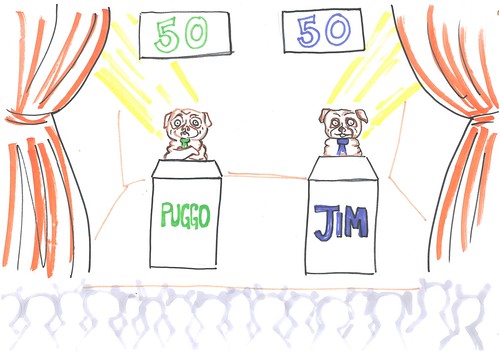 Puggo didn’t like the new pug Jim because Jim got all the attention. Jim looked very suspicious.

One day, Puggo went to an art gallery and saw a painting with dark colours.

He was scared of the painting so he ran away to his house.

While Puggo was running to his house, he saw a poster that read: “Jim for President!”

Jim wasn’t scared of anything so people wanted to vote for him. 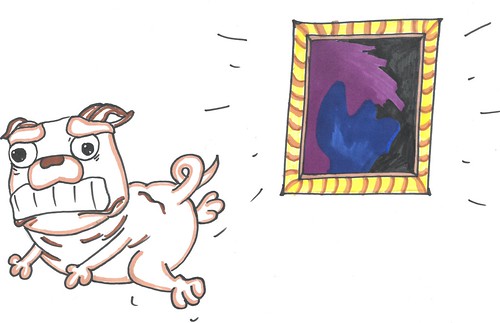 Finally the day came, when it was time to vote for president.