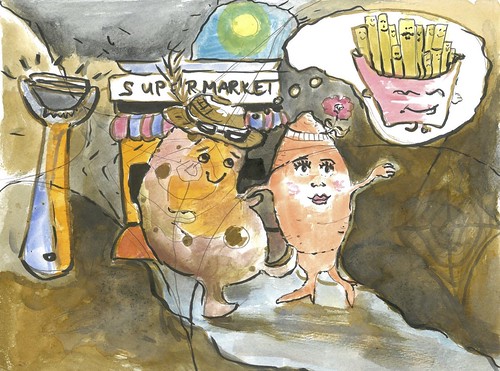 It was in a spider cave.

A group of Aliens ran in armed with potato peelers.

They started stealing potatoes, Mr Chunky was in the freezer section, the Aliens fed him chillies.

Mrs Kane rolled out from underneath the freezer, and saved Mr Chunky be- fore he froze to death, with hypothermia! 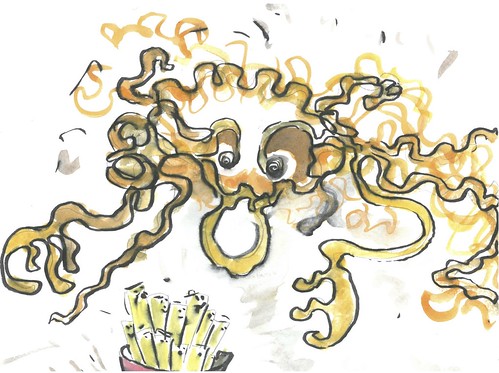 The Aliens captured them and brought them to Area 52.

All of a sudden the Aliens took out their potato peelers and then the potato’s cousins the chips saved them.

Then a spaghetti monster flew in ...