Skip to main content
Home Stories A Potato, A Pug, and A Chicken Wing

A Potato, A Pug, and A Chicken Wing 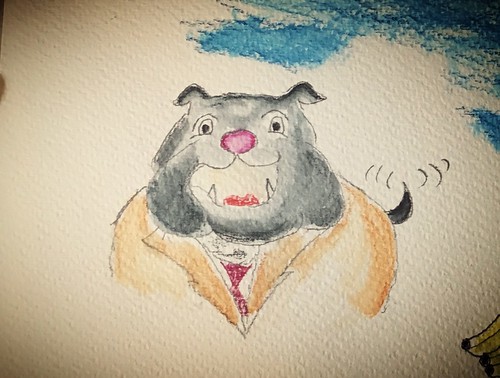 Once upon a time there was a man called Micheál who lived in a Chinese shrine in Bananatown.

Bananatown was a small private island near a cave.

Micheál shared his house with his pet pug, Perry. They both wore suits.

Micheál and Perry imported and exported bananas and potatoes. Micheál’s greatest wish was to bring a potato to life.

“Ah Perry! You got into the bananas again!” said Micheál.

Perry replied by farting like an aeroplane. After a long while, he woofed ignorantly. He had eaten so much.

“What am I going to do with you, Perry?” said Micheál. “I can’t take you with me to my meetings today. You need a babysitter!”

Perry responded by woofing and farting some more. Perry didn’t like this idea and ran off to hide under a pile of potatoes.

“I have dog treats for you!” said Micheál, trying to lure Perry out.

He was late for his meeting by now and was getting mad.

“You dumb dog,” muttered Micheál, as Perry ran off at top speed. Micheál chased him.

Micheál decided he hadn’t time to chase his dog. He had an important meeting with his boss, Little Johnny Big Bang.

Micheál wanted to tell his boss his fantastic plan to bring a potato to life.

Meanwhile, Perry was in danger. He stumbled on a gang who attacked him with exploding oranges.

Perry ran and fell into a deep hole.

Perry had been dognapped!

Back at the office, Micheál said “Morning, chief,” to his boss.

“I would like to tell you my plan to bring a potato to life. 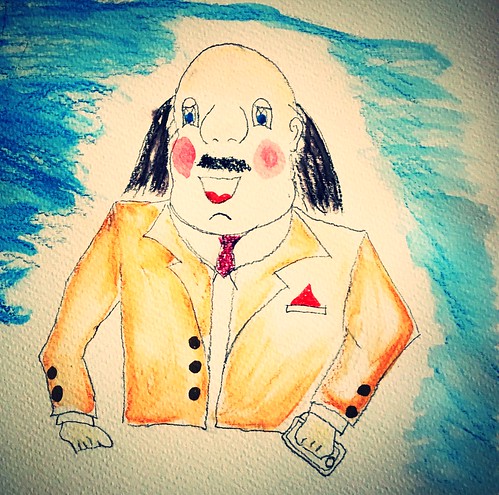 We can use the potatoes as workers to harvest the bananas,” Micheál told his boss.

Little Johnny Big bang replied, “I’m not sure. That seems like a rubbish idea, Micheál, but I’ll give you a chance. You have 48 hours to make it happen.”

Micheál thought about Perry. He needed to find him. Just then, a blow dart landed at this feet saying:

WE HAVE YOUR DOG. IF YOU DON’T BUY US KFC CHICKEN, YOUR DOG WILL BE GETTING THE WOODEN SPOON!

“I need to find my dog first!” said Micheál, reading the note in shock.

Micheál followed the trail of exploding oranges to the Lair of Mirrors. Little Johnny Big Bang was with him. Micheál was terrified of mirrors, but needed to save his pug.

When he saw the mirrors he fainted onto the ground in fright.